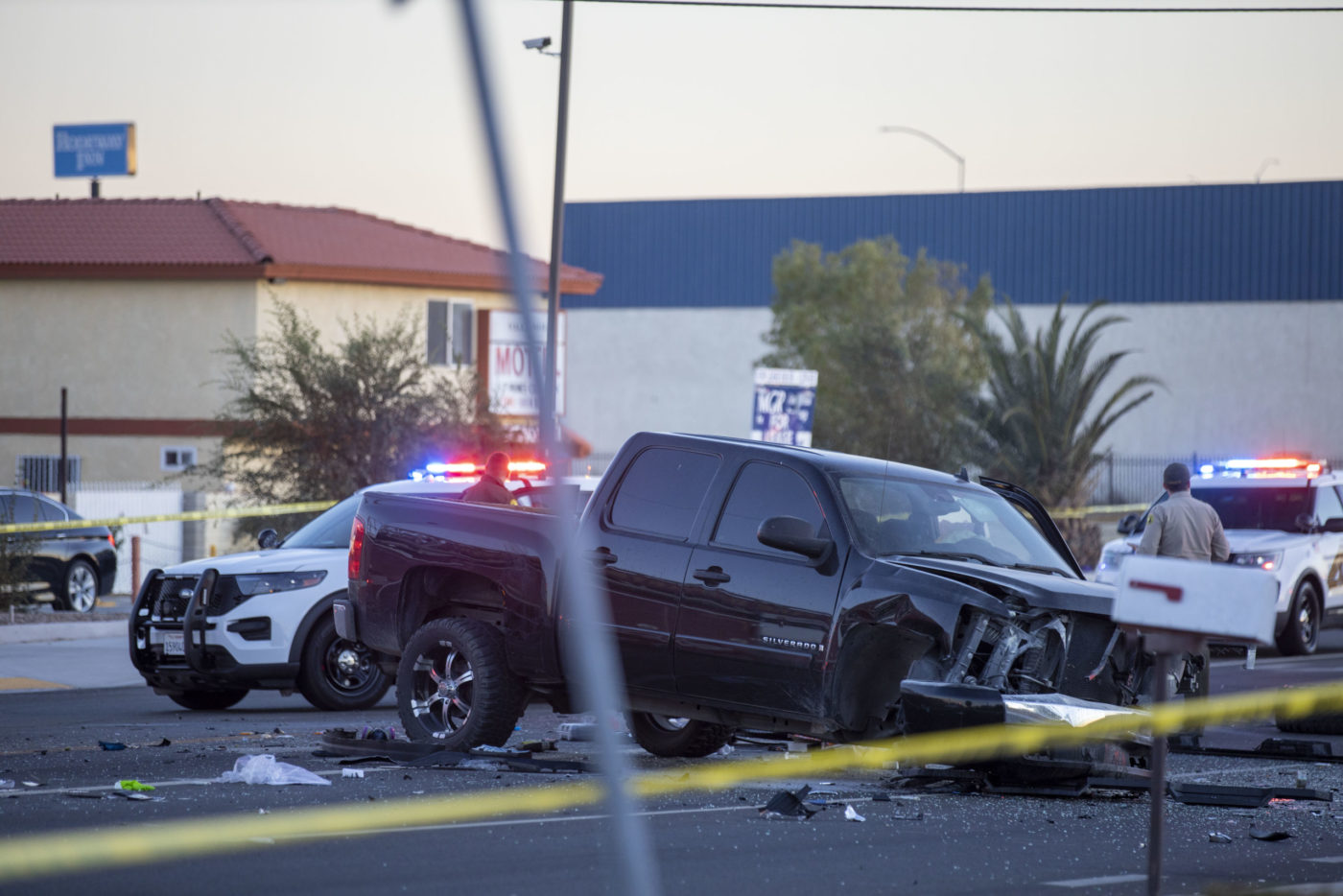 VICTORVILLE, Calif. (VVNG.com) — A major crash Monday evening in Victorville critically injured one person and left several others with injuries.

The crash was reported at the intersection of Village Drive and Calgo Lane at about 4:20 p.m. on November 9, 2020.

Nearby surveillance footage shows a black truck was exiting Brothers Liquor on Village Drive when it was struck by a blue sedan, causing the truck to spin, ejecting the male driver of the truck.

The force of the collision sent the blue sedan partially up a curb and into the parking lot of a tire shop. Nearby workers doused the blue car with a fire extinguisher after it caught fire as a result of the crash.

“The man in the truck was pulling out of the liquor store parking lot and was struck by a car that was going down Village Drive from Mojave Drive,” stated a witness, who did not want to be named. “It doesn’t look like he was going to make it, he was in really bad shape and was thrown really far from his truck.”

A helicopter was requested to land at Victor Valley Global Medical Center for the critically injured man.

Deputies with the Victorville Police Department shut down Village Drive between Mojave Drive and Tawney Ridge Lane while authorities conducted an investigation.

No further details were immediately available, and the cause of the crash remains under investigation as of Monday night.

Father and son arrested for attempted murder in Apple Valley