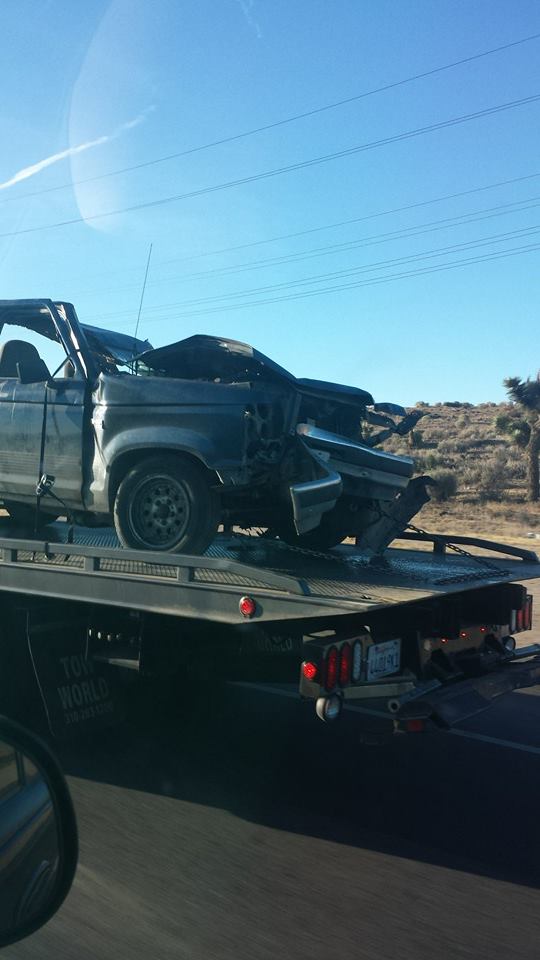 For unknown reasons a small pick-up truck collided into the rear of a semi near Avenal Street, just north of Main Street. Per scanner traffic, the semi dragged the small truck occupied by two males for approximately 1 mile before coming to a stop.

A male inside the pick-up truck was reported to have major injuries and required extrication. An airship was requested to transport a critically injured male. The designated landing zone was established on Highway 395 and the patient was airlifted to Arrowhead Regional Medical Center.

The Major Accident Investigation Team responded to conduct an investigation. The exact cause of the accident is unknown at this time.

Due to the investigation, a hard road closure was requested on Highway 395 from Main Street in Hesperia to Bear Valley Road in Victorville for approximately 7 hours. Per CHP logs, all lanes reopened at 9:36 A.M.