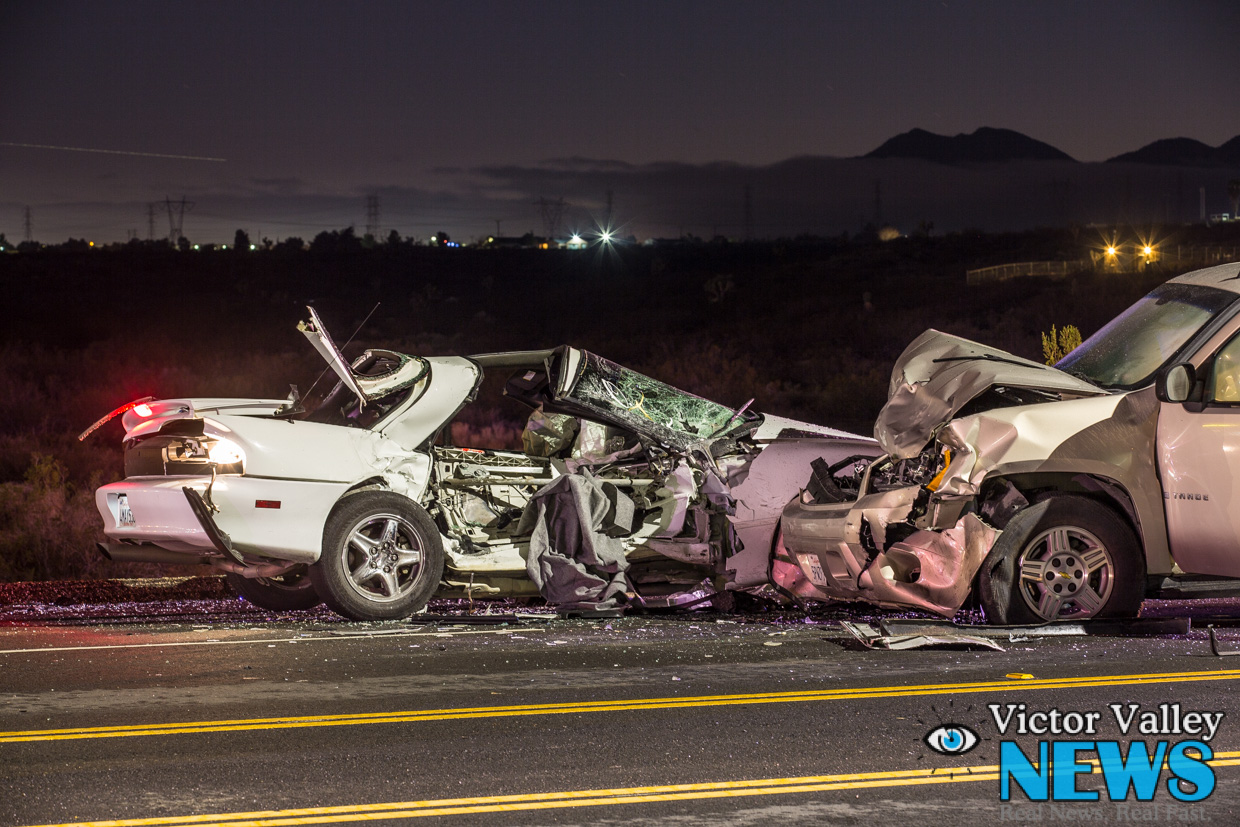 Just after 5:10 p.m. dispatch received reports of a vehicle on fire and a person trapped on Bear Valley Road near Pacoima Road.

“There was only one person in each vehicle at the time of the accident,” Deputy Jeff Dean said.

The driver of the Tahoe was taken by ground ambulance to a local hospital with complaints of chest pain.

The driver in the Camaro was taken to Desert Valley Hospital and later airlifted to a trauma center. His condition is unknown at this time.

San Bernardino County Fire Department Captain Jeremy Kern said there was no vehicle fire when they arrived on scene.

Bear Valley Road between Mall Boulevard and Pacoima Avenue will be closed for duration of at least 5-hours allowing for an investigation, according to Deputy Dean.

Join our newsgroup on Facebook with over 85,000 other members