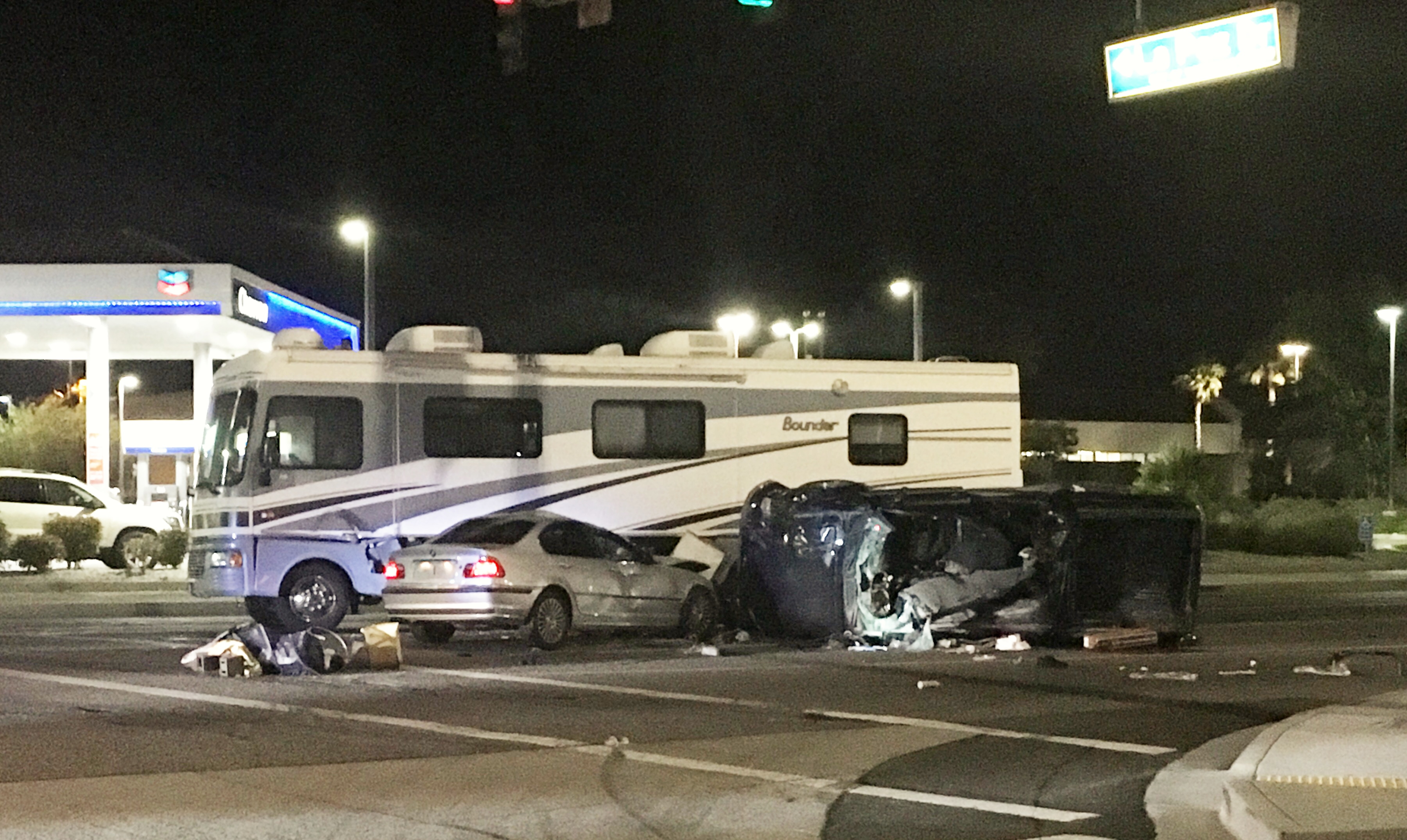 Deputies responded at 9:30 p.m. to a three vehicle traffic collision that involved a Ford pickup truck, a BMW sedan, and a motorhome at La Paz Drives and the 15 Freeway.

Based on preliminary investigation, the pickup truck was exiting the NB I-15 from Roy Rogers Drive at a high rate of speed and failed to stop at the red light, authorities said.

As the pickup truck entered the intersection and tried to turn right onto La Paz Drive it flipped and hit a BMW traveling eastbound from Roy Rogers Drive.

The impact forced both vehicles to crash into the motorhome that was stopped at a red light in the westbound left turn lane at La Paz Drive.

The occupants of the motorhome sustained no injuries. Two occupants in the BMW were transported to a local hospital with minor injuries. A male and female inside the pickup truck were airlifted in critical condition to trauma centers.

The intersection will be closed for several hours while the Major Accident Investigation Team processes the scene.