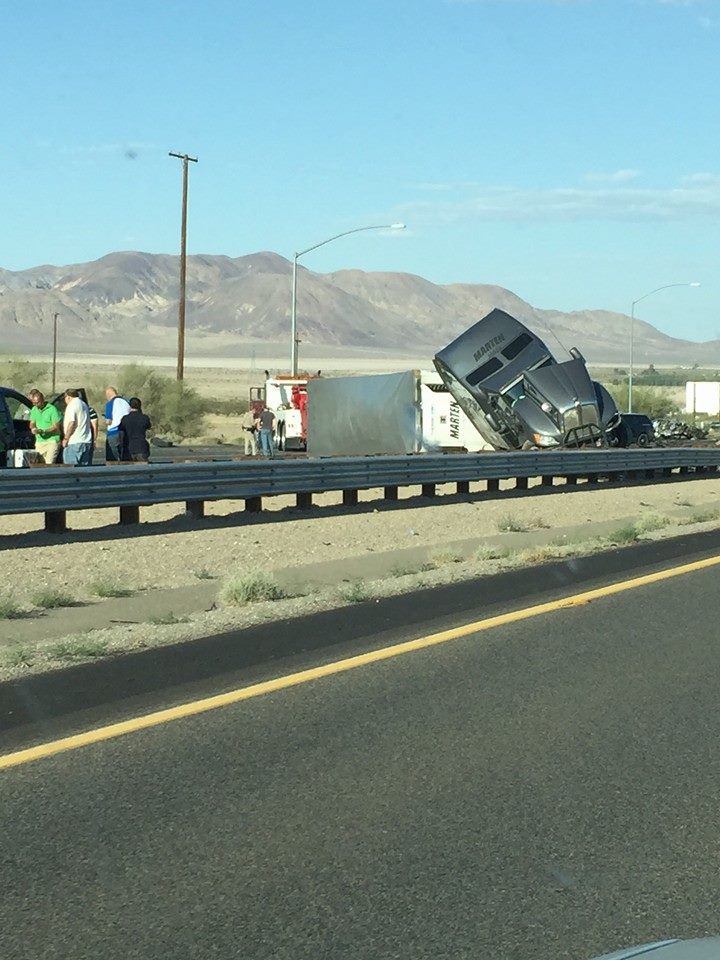 YERMO:(VVNG.com)- A traffic accident has caused all lanes on the southbound 15 freeway at Ghost Town Road to be shut down.

According to CHP incident logs, at 4:36 P.M., a silver sedan driving northbound in southbound lanes collided into a tractor-trailer hauling 44,000 pounds of beer.

The semi is reported to be on its side and blocking all lanes. A hard road closure of all lanes was issued at 5:14 P.M., for an unknown duration.

Cal fire responded to a small brush fire that ignited due to the collision. The fire was quickly contained.

Two people were airlifted from the scene with unknown injuries to Loma Linda Medical Center.

CHP logs indicated that approximately 100 vehicles were driving the wrong way on the shoulder and the #1 lane.

Traffic is reportedly completely stopped at Fort Irwin Road. Prompting a sigalert to be issued at 5:27 P.M