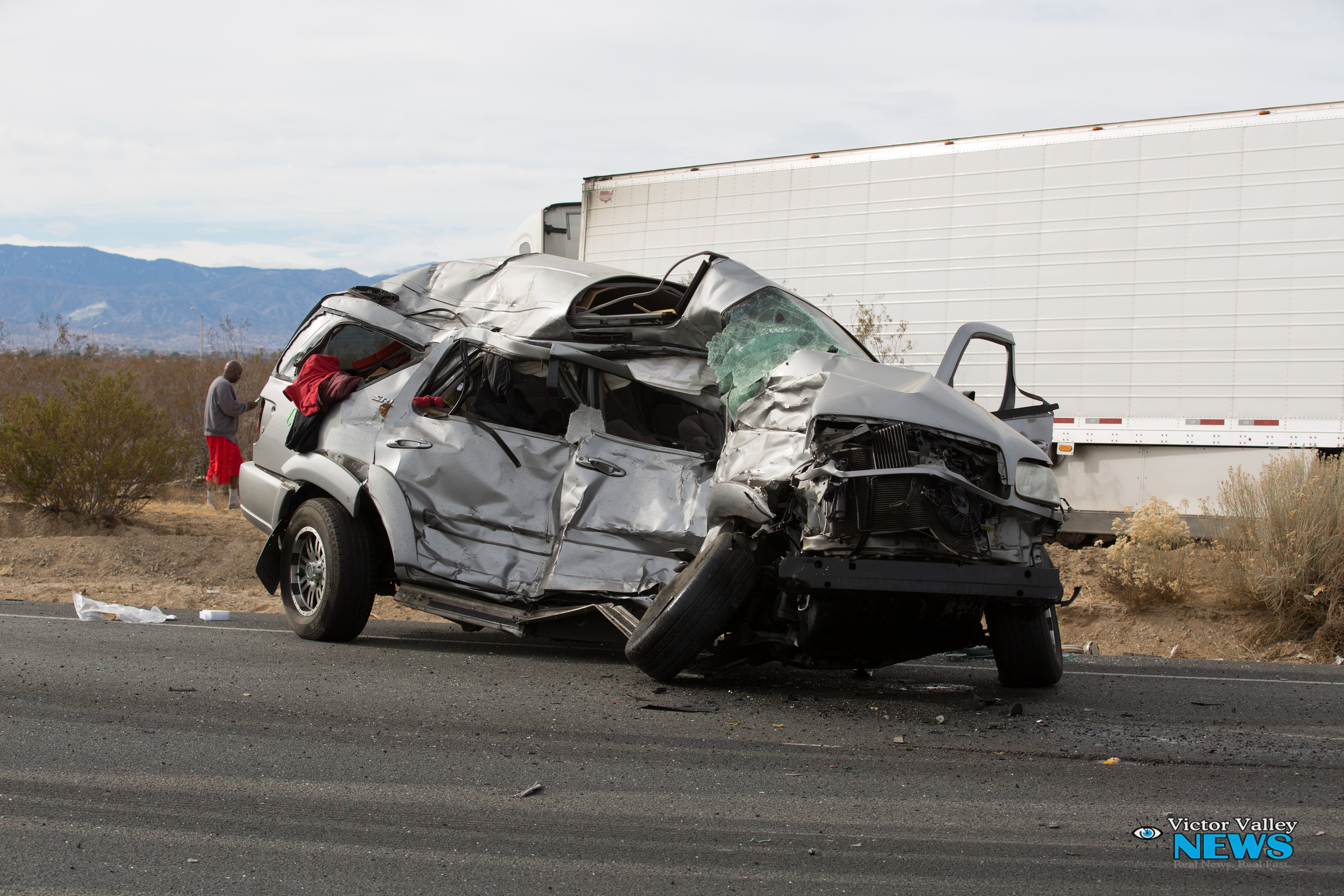 VICTORVILLE, Calif. (VVNG) A major traffic collision involving a tractor-trailer and an SUV forced authorities to close down a portion of Highway 395 Friday.

The accident was reported around 11:30 a.m. on Highway 395 between Bear Valley Road and Dos Palmas.

“According to witnesses the SUV was traveling northbound and may have lost control for an unknown reason, ended up sliding sideways and into the front of that semi,” stated Deputy Jeff Dean with the San Bernardino County Sheriffs Department Victorville Station.

An airship was requested for the driver of the vehicle but was canceled at noon time. Instead, the patient was transferred to Desert Valley Medical Center with life-threatening injuries.

The roadway is expected to remain closed for several hours while authorities investigate the accident.