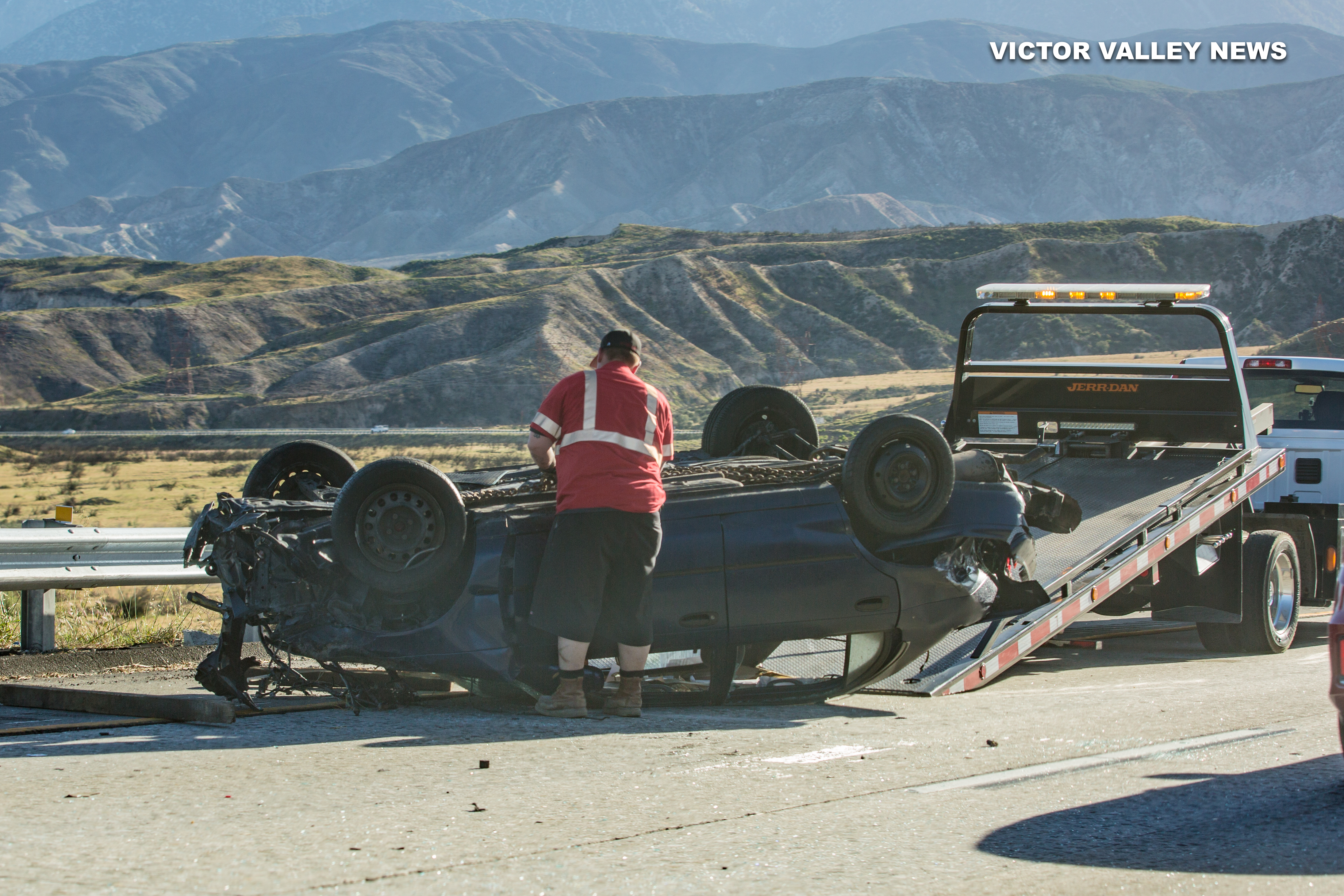 San Bernardino County Fire Spokesman Eric Sherwin said only one person was transported by ground ambulance to a trauma center after being ejected.

Southbound traffic remains backed up for several miles. (Scroll below for the original article)

Cajon Pass, Calif. (VVNG.com) A at least on person was ejected Wednesday as a result of a traffic collision, prompting the closure of the southbound freeway

The accident was reported at approximately 4:20 p.m. on the I-15 southbound Freeway 3 miles south of the Oak Hill Road exit.

According to CHP incident logs, the accident was reported as a possible 4-5 vehicle traffic collision causing a vehicle to roll.

Debris was reported to scattered throughout all lanes of traffic.

An airship was requested to land on the freeway to transport the injured victim.

For information will be updated as it becomes available.