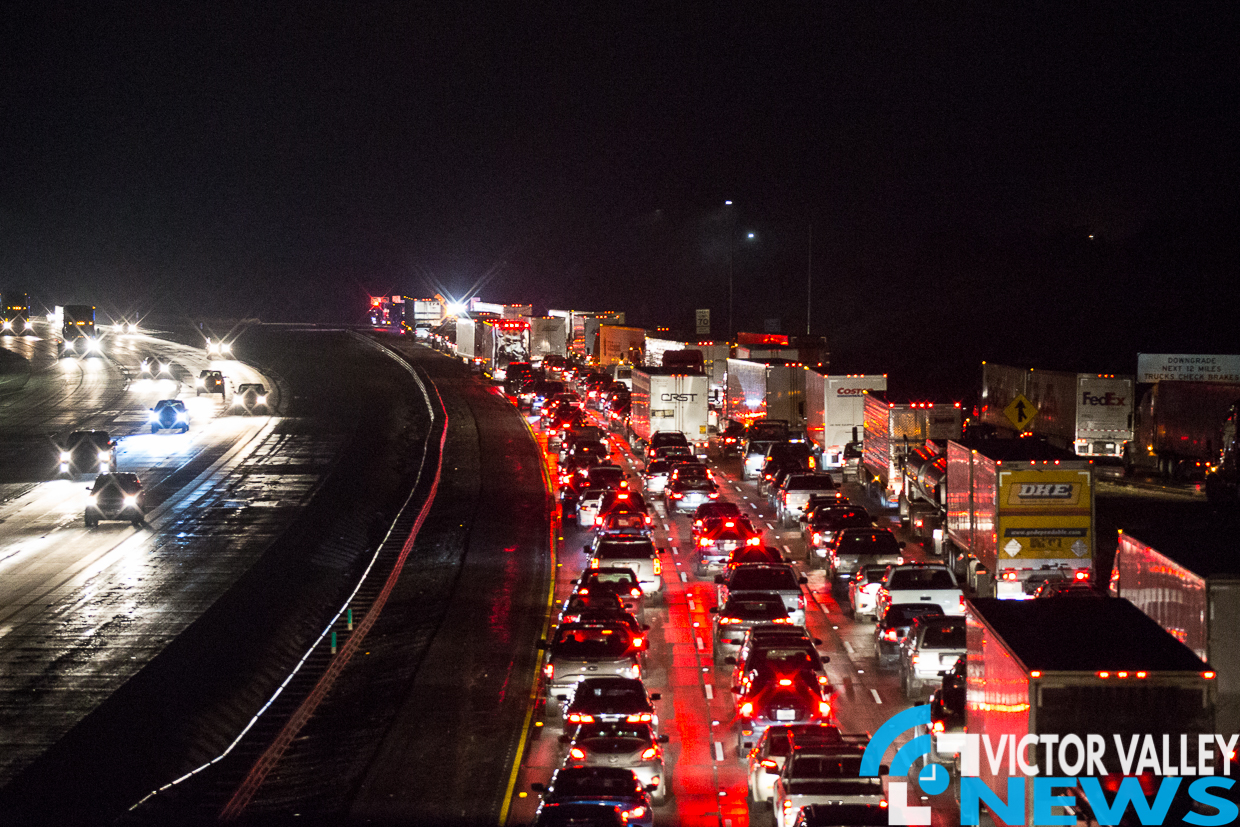 Scanner traffic reported a two-vehicle traffic accident at 10:22 p.m. that resulted in one car catching fire.

When medical personnel arrived on scene they confirmed one vehicle was fully involved with fire and at least one patient required CPR at the scene.

The car was on fire for approximately 15 minutes before it was knocked down by San Bernardino County Firefighters.

At least one patient was transferred to Desert Valley Medical Center with life-threatening injuries, the status of other involved occupants are unknown at this time.

The 15 freeway is backed up and remains at a standstill for several miles. Many southbound drivers are beginning to travel in the wrong direction to exit the freeway.

Join our live newsgroup with over 89,000 members for the latest information. JOIN HERE.

A sedan caught fire after it was involved in a collision on the southbound 15 Freeway in Hesperia. (Gabriel D. Espinoza, Victor Valley News)

A dark colored sedan was involved in a two-vehicle traffic collision that shut down the southbound 15 freeway. (Gabriel D. Espinoza, Victor Valley News)