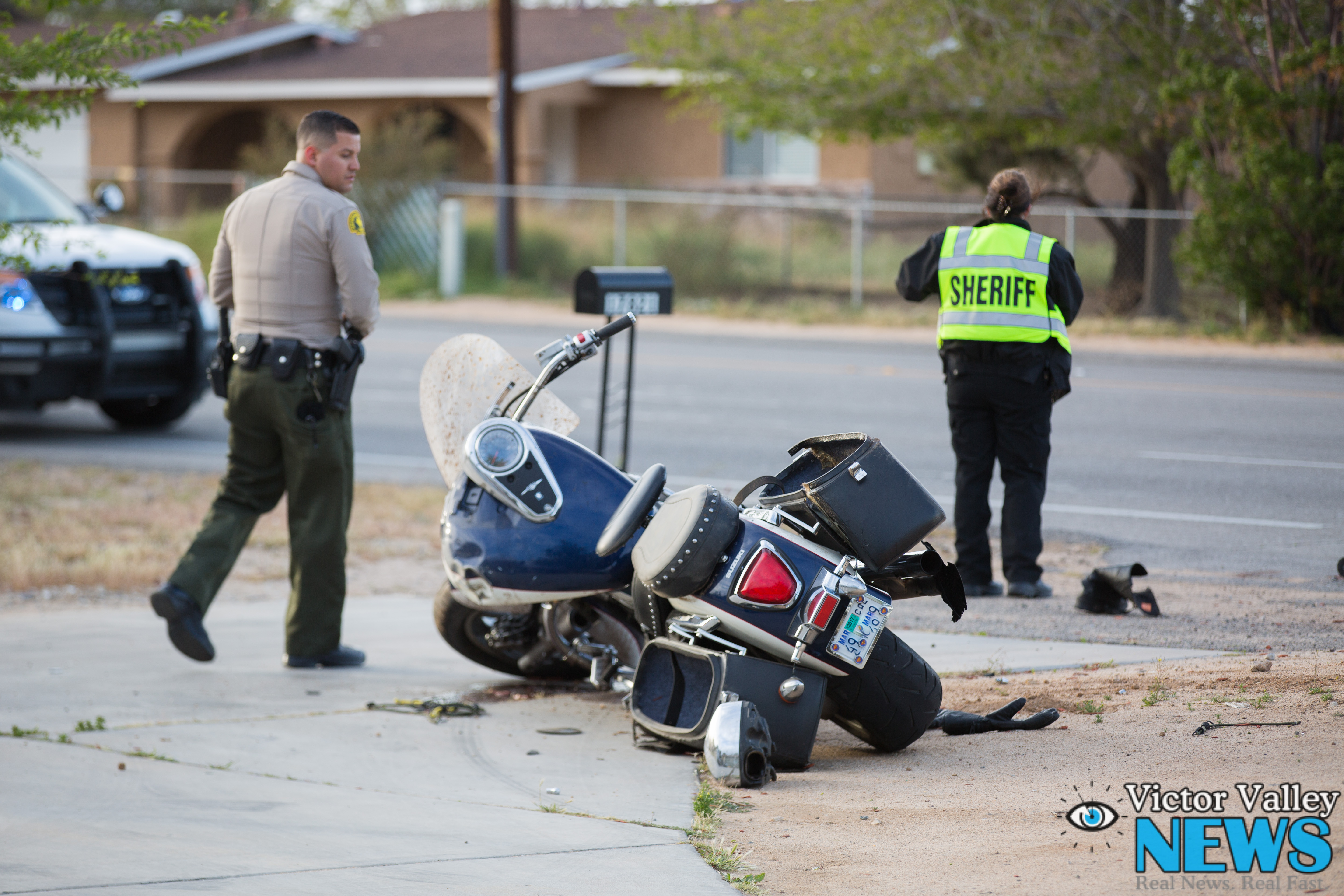 At around 5:45 p.m. deputies from the Hesperia station responded to the traffic collision in the 17800 block of Main Street near Timberlane Avenue.

The crash sent the motorcycle into the driveway of a home near the intersection. The black sedan with major front-end damage remained in the eastbound lanes of Main Street while the white Camry came to a stop ½ block away in the westbound lanes.

The Major Accident Investigative Team (M.A.I.T) responded to the scene and will conduct an investigation. Main Street will remain closed in both directions just east of Camphor Avenue to Buckthorn Avenue for an unknown duration. Commuters are urged to avoid the area and find alternate routes.

The official cause of the accident remains under investigation. More information will be updated as it becomes available.