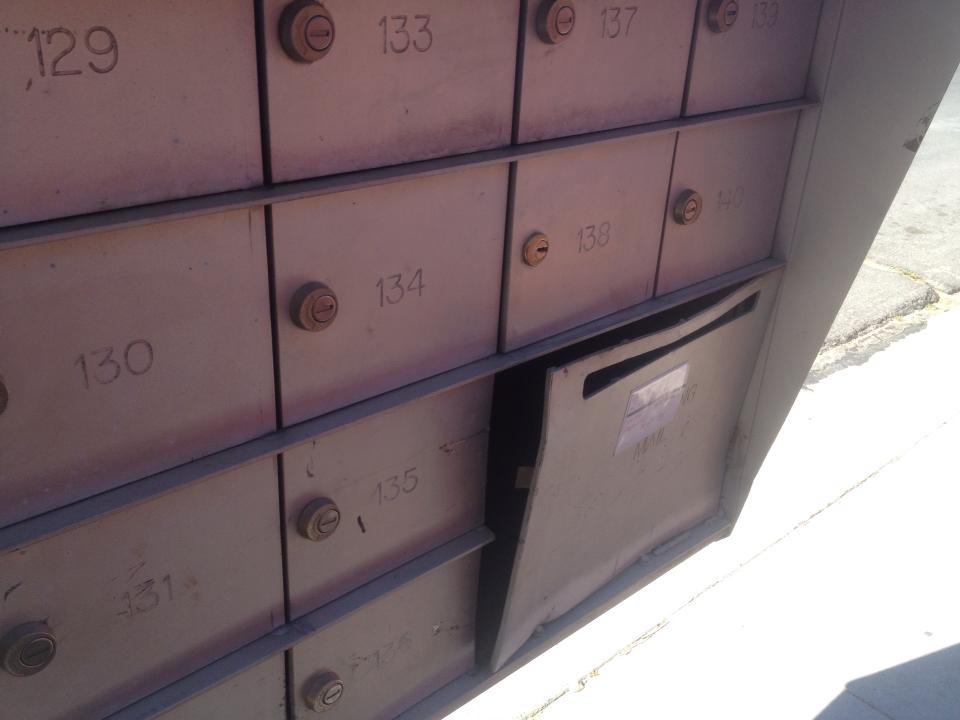 ADELANTO:(VVNG.com)- Residents in Adelanto are on edge because their once quiet neighborhood lately has become littered with recent thefts. The area now considered “new Adelanto” by many Adelanto residents mainly describing the area with newer tract homes, went from quiet in most areas, to theft being reported almost nightly. Break-ins have occurred, robberies and residents have now been reporting mailbox break ins.

The mailbox break-ins have also been through this once lower crime area.  Recently an area resident who lives in the area of Mojave Drive and Christopher Street witnessed one of these teens trying to break in to the locked mailboxes. She yelled out to him making him get back on his scooter to meet up with a couple of other young friends down the street. The time she noticed the incident was at approximately 2:00 a.m. and the teens were described as black male juveniles that were approximately 14 or 15 years of age.

“It has something stuck in it . The mail lady said its a tool they stick it in twist it and it busts off the lock, well obviously they overused it because it finally broke in our lock,” said the concerned resident. Area residents were advised by their mail carrier to purchase the replacement locks through the post office for a charge of $50. “It’s not open we can’t get in it at all because there is something stuck in it so we can’t even put our key in it,” added the resident.

People in the neighborhood ask that neighbors stay vigilant, always be aware of what is going on and if something is not right do not hesitate to call the police.  “Yes, its sad we just need to be more visual in this neighborhood. Speak up if we see something not let these punks scare us,” said an area resident.