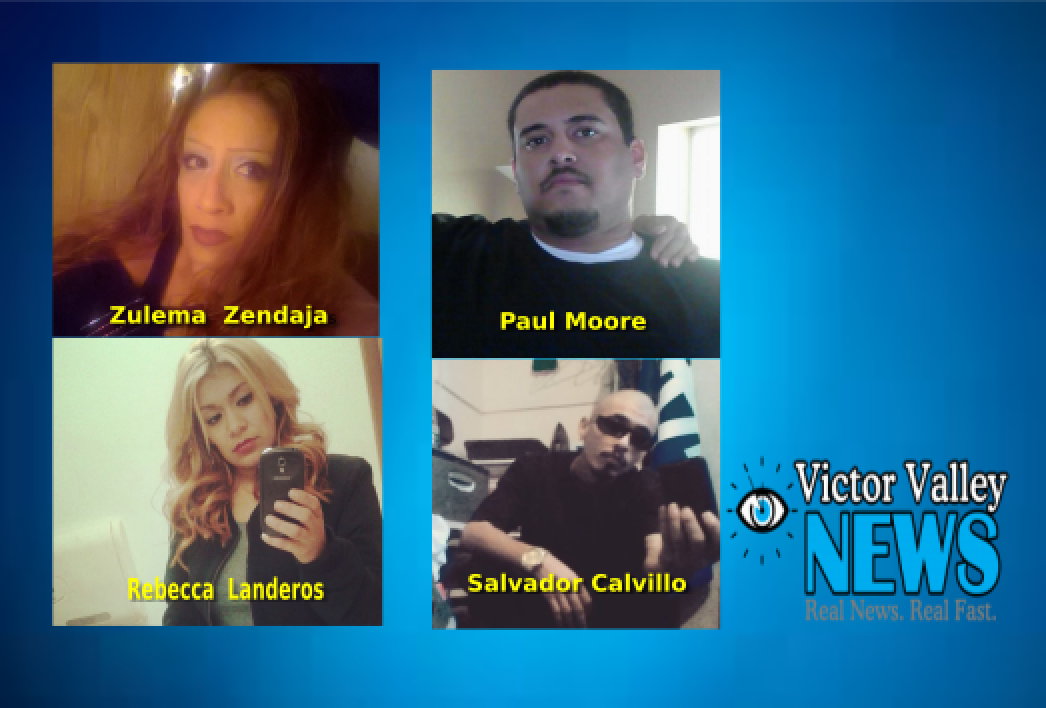 APPLE VALLEY-(VVNG.com): Four were arrested for mail and identity theft on Friday, March 4, 2016 after Victor Valley deputies responded to a report of mail theft in progress. Deputies responded to the area of Del Oro and Tujunga Roads where the reporting party witnessed several people stealing mail.

The reporting party followed the green two-door Lincoln until deputies arrived and located the vehicle. Upon making the traffic stop, deputies located mail from the local area in the possession of 39-year-old Paul Moore, 42-year-old Zulema Zendejas, 25-year-old Salvador Calvillo, and 25-year-old Rebecca Landeros. The four were arrested without further incident and booked into the High Desert Detention Center.

Through investigation, deputies located evidence in the vehicle from a residential burglary in Spring Valley Lake in late February. During the burglary, a 2003 Lexus belonging to the victim was stolen. The vehicle was recovered, as was additional mail believed to be stolen.

Family seeking the whereabouts of a Summit Leadership Academy Girl