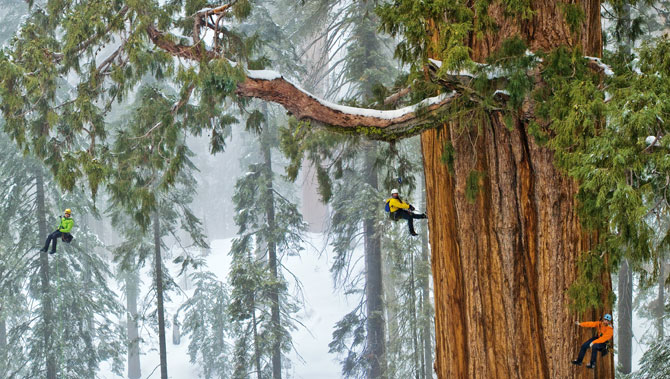 Until now, the tree had never been photographed in its entirety. A team of photographers from National Geographic worked with scientists from the park to be the first.

After 32 days and stitching together 126 separate photos, we are left with this breathtaking portrait of The President.

Although we like to think humans are greatest species on earth, The President gives us a stoic reality check by dwarfing these scientists with his enormous trunk. In his 3200 years, he has seen a hundred generations of humans come and go. He has weathered thousands of storms, fires, harsh winters, earthquakes, and even climate change – but is growing even faster than ever before.

To visit the “Giant Forest” at Sequoia National Park and witness the majesty in person, more info here. Share his story with others by clicking below!