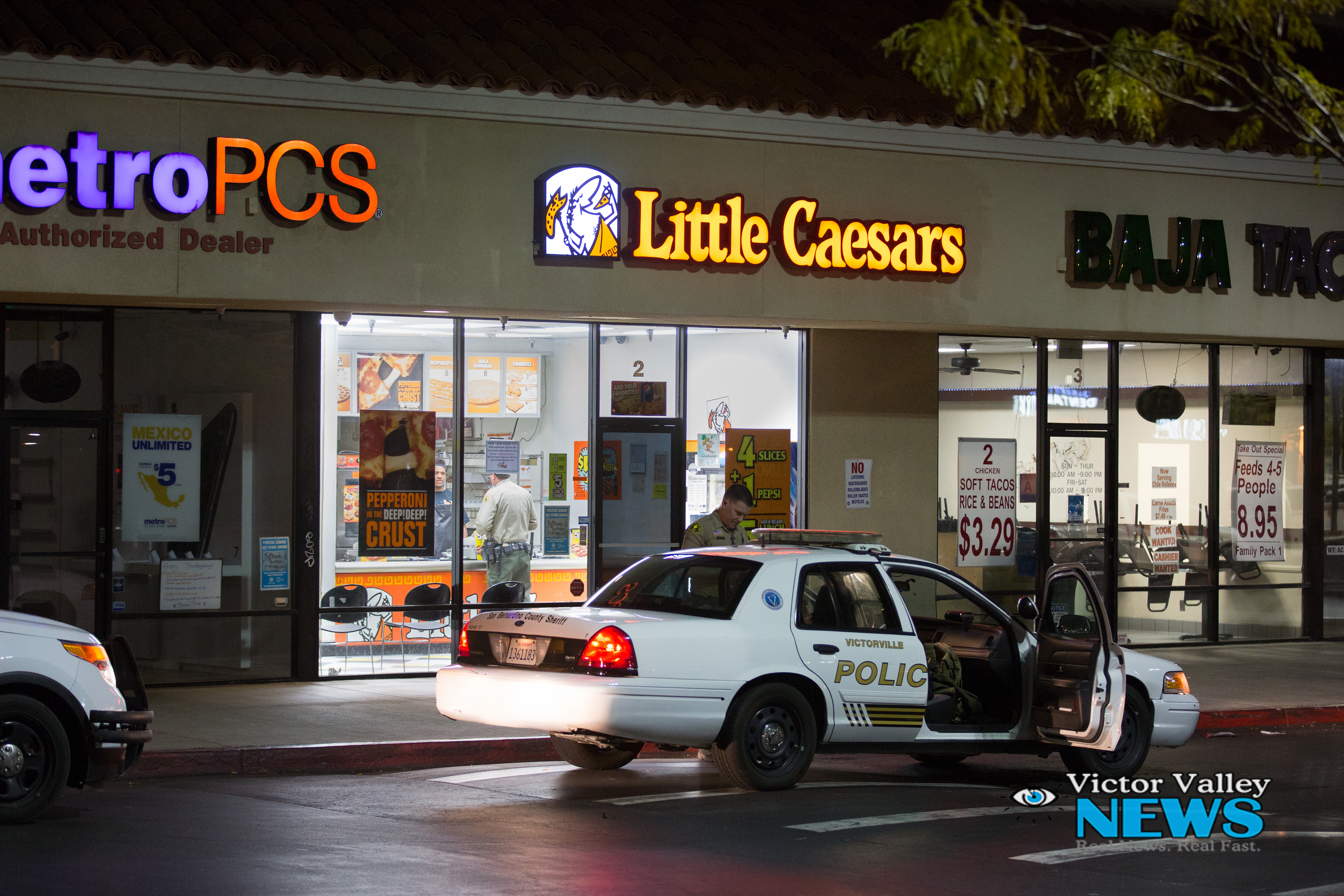 VICTORVILLE, Calif. (VVNG) Authorities are searching for a man who attempted to rob a pizza joint while allegedly wielding a machete.

The call was dispatched at 10:25 p.m. when a reporting party called 911 and stated they noticed a masked man running towards Amethyst.

Moments later a hold-up alarm was activated at the Little Caesars Pizza, located on the 13700 block of Bear Valley Road. When deputies made contact with employees inside the business they stated a man armed with a machete ran in and demanded money.

The suspect didn’t stay around long before fleeing without any cash. The man was described as a black male adult wearing a ski mask, gray jacket, and unknown color pants, per scanner traffic reports.

According to a woman on scene, a Black male adult was seen running  behind the back of the Stater Bros and possibly jumped a wall into neighboring homes.

A Sheriff’s helicopter was called into conduct an aerial check of the immediate area in an attempt to locate the suspect.

As of 11:10 p.m. the suspect had not been located, and authorities are still conducting a search.