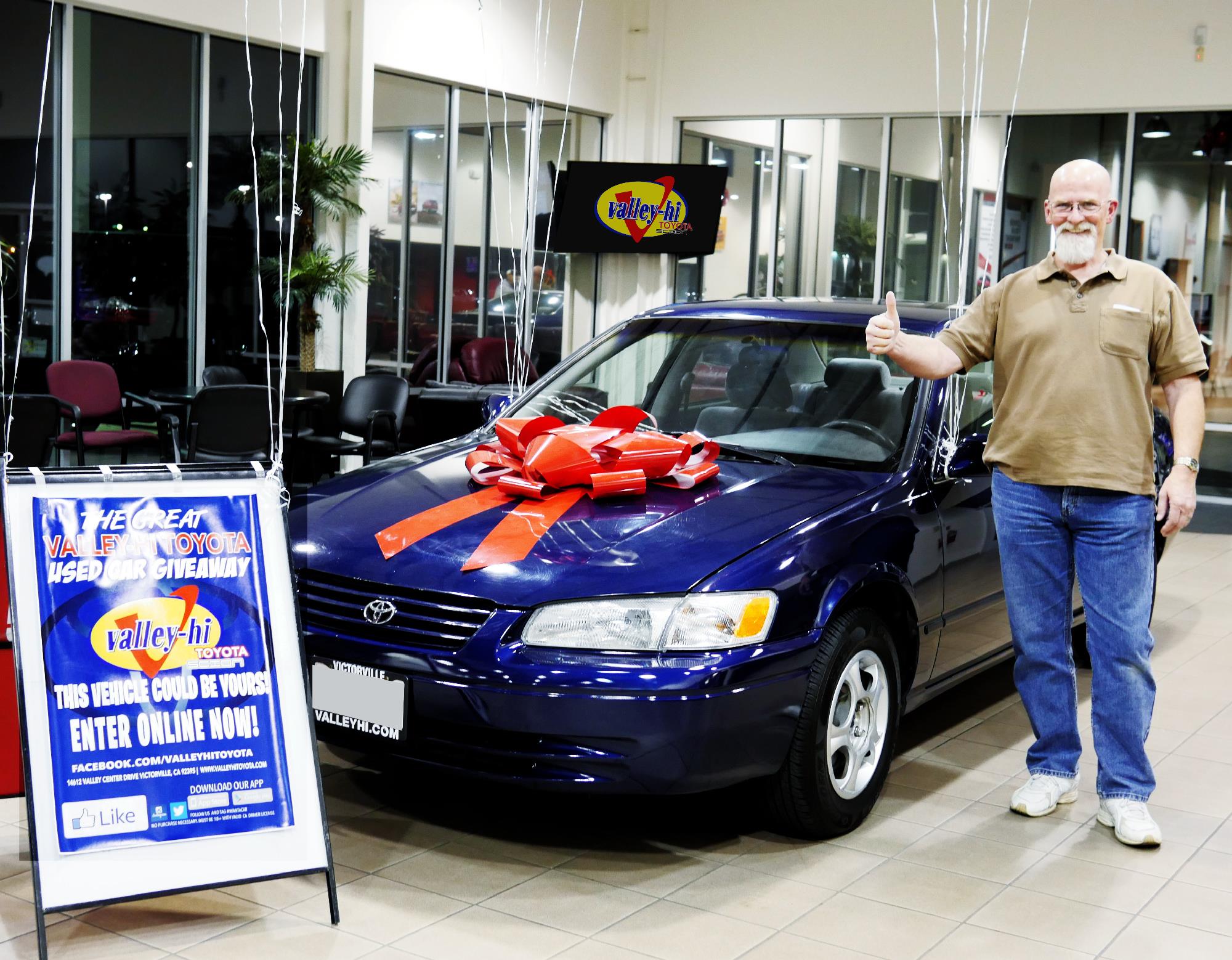 VICTORVILLE:(VVNG.com)- With Saint Patrick’s day quickly approaching, one local car dealership continues to prove winning a used car is more achievable than finding a pot of gold. After the success of 6 car giveaways in 2014, Valley Hi Toyota decided to continue giving back to the community in 2015. Just last week, the dealership reached out to nearly 2000 entrants for the January/February giveaway.

“We wanted to make this particular contest fun and exciting,” said Valley Hi Toyota General Manager Todd Stokes. “Social Media engagement is important to us, so we reached out to 100 randomly chosen contestants and asked them to reply as soon as they received a surprise email from us.”

25 of the first respondents were invited to the dealership to take place in a ceremony of treats, Toyota mugs, gift cards, and so much anticipation that one could hear a pin drop.

“We tried to entertain our contestants knowing that only one would drive away home in a Toyota Camry,” said Brian Ortega, Social Media Manager at Valley Hi Toyota. “We wanted to provide a fun-filled evening while thanking everyone for participating.”

One Facebook post stated, “I have never been so excited to receive an e-mail in all my life as much as I am now!!”

Customer Relations Manager Evelyn Brown walked up to Mark Oakes after his raffle ticket number was chosen bingo-style. She shook up a bag filled with keys, let Mark reach in and choose a box with a souvenir keychain attached to a key. The crowd of contestants along with their family members eagerly waited as Mark sat in the drivers’ seat. He puts the key in the ignition and with one turn- Pistons fire, the engine revs, and the gasp of onlookers stare in utter shock and disappointment. One contestant shouts, “Try another key!” Mrs. Brown removes a key from the box, places it in the ignition, and nothing.

Mark Oakes is in awe yet cool, calm, and collected. This is his first time entering after his wife advised him that it doesn’t hurt to try. One Facebook like later, Mark becomes lucky number 7. He’s added to the pantheon of winners of Valley Hi Toyota’s Used Car Giveaway. No hard feelings from the other contestants.

“This exact scenario is something we discussed. Wouldn’t it be crazy if the first person actually wins. But what’s the likelihood that would ever happen?” said Brian Ortega.

The great thing is that the crowd was able to encourage management to give another car away and Valley Hi Toyota was more than happy to oblige. “Number eight is gonna be great!,” says GM Todd Stokes.

In addition to the giveaway, the dealership also use its social media presence to offer fun prizes, giveaways, contests, and information to new and old customers.

“We’re always looking for different ways to engage with our fans. Right now, we are in the process of working on an Instagram only giveaway.” says Brian Ortega. Individuals are encouraged to stay connected with the company through social media for the latest updates on upcoming events. 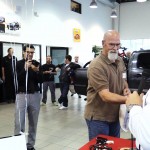 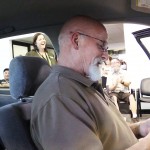 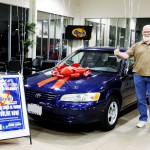