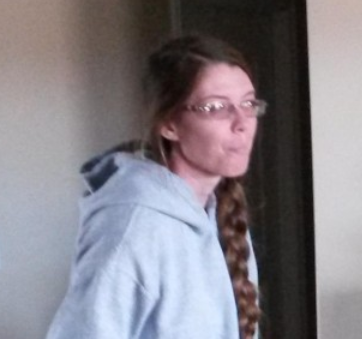 APPLE VALLEY-(VVNG.com)”  Five weeks after 29-year-old Krystie Stuart went missing there are still very few leads. The leads so far have only taken family and investigators to dead ends at this point. “Someone knows something.” said

Virgina Stuart, the mother of Kristie.

On Tuesday, March 3rd Krystie left her Lucerne Valley home heading to a dentist appointment at Jess Ranch Dental. According to her mother, the workers at the dental office said that Krystie was not in the best state of mind as she left without her lost keys using a spare set of keys. “She never does not answer her phone, she always tells us where she will be,” said Virginia.

After the dentist appointment, Krystie planned on visiting and spending the night with her 18-year-old friend. Her last known telephone call was to her friend letting her know that she would be on her way to her home, but she never showed up. Krystie has a history of depression and on her request was weaned off of the medication, which according to her mother immediately lead to a decline in her

On Sunday, March 8th the white pick-up truck belonging to Krystie was recovered in a remote desert area in Apple Valley. Although many initially reported sightings of Krystie, none lead to finding her whereabouts and even those now have subsided.

Krystie is 5’8”, 107 pounds, she has very long light brown hair, her hair is usually braided and is longer than waist length.

If you have seen Krystie or have any information you are asked to contact her mother, Virginia (Ginger) Stuart or the San Bernardino County Sheriff’s Department at (760) 248-7328.