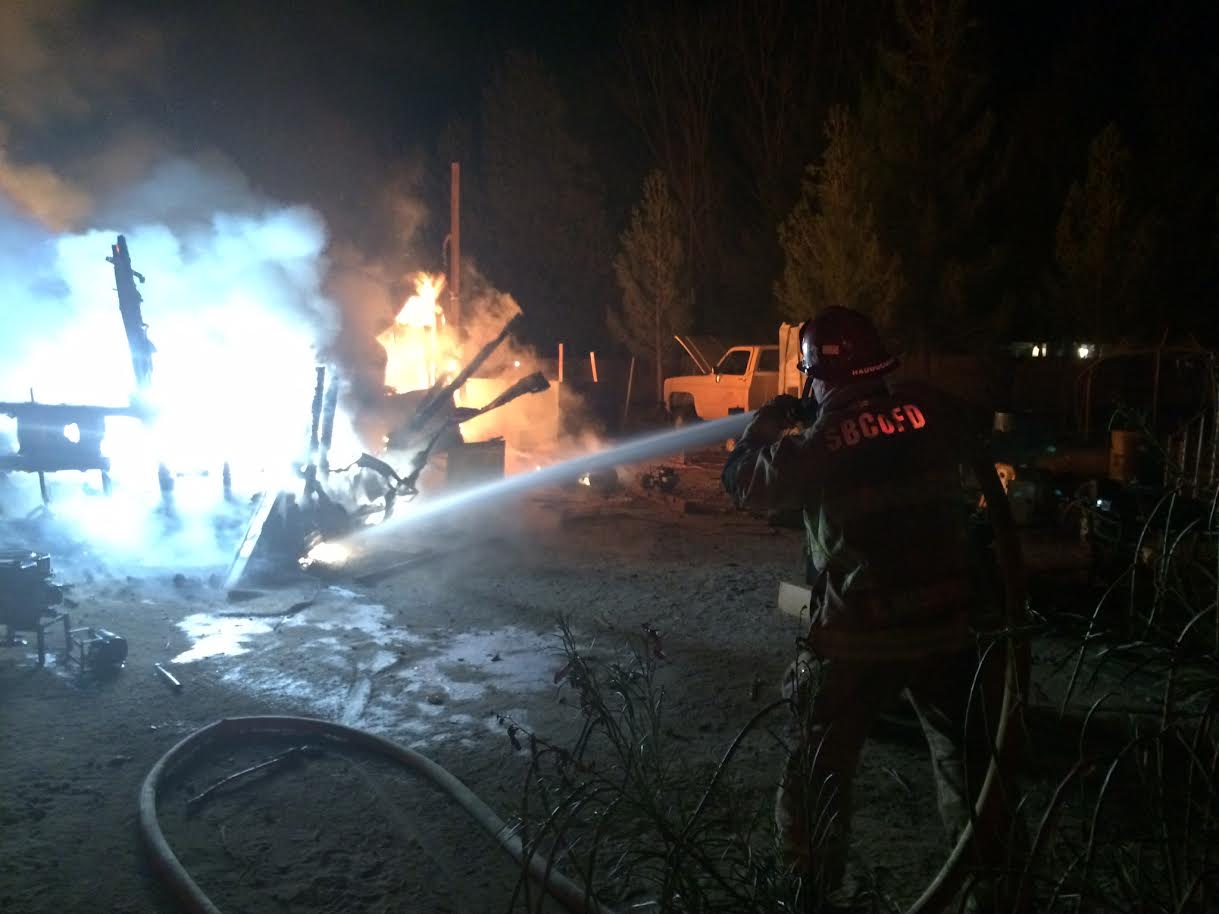 LUCERNE VALLEY-(VVNG.com):  One person is displaced after a Wednesday night  fire on the 35400 block of Furst Street in Lucerne Valley. At about 9:22 p.m. firefighters responded to a fully engulfed home. When firefighters arrived to the  single-wide mobile home one resident self-evacuated.

San Bernardino County Fire Department Spokeswoman, Tracey Martinez said that the mobile home is a complete loss, but no injuries were reported as a result of the fire. The cause of the fire is that the resident fell asleep while cooking, leaving the stove on and unattended. When the resident woke up the home was on fire.

Seven San Bernardino County Firefighters, and three Calfire firefighters responded to the blaze that was extinguished without spread to other structures within 20 minutes.

The “Tail” of a Missing Horse Called “Capone”