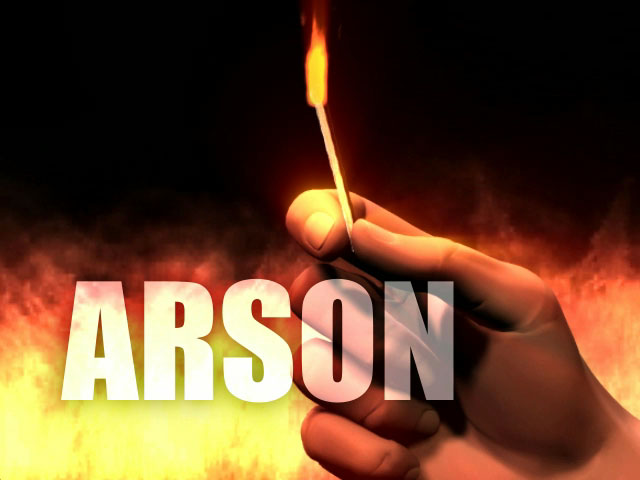 LUCERNE VALLEY:(VVNG.COM)-  A Lucerne Valley man identified as 33-year-old Marc Vincent Cardona, was sentenced to six years in state prison for arson. Cardona was charged on Monday August 25, 2014 for setting two structures on fire as well as the open desert and will serve his time at the California Institute for Men in Chino.

On July 30, 2013 San Bernardino County Fire Investigators began their investigation at approximately 1:00 am after a single family residence burned in the 11800 block of Moreno Rd. in Lucerne Valley. The fire destroyed one room of the home and caused approximately $100,000 in damage. Evidence collected at the scene as well as witness statements led to the identification of Cardona as the possible arson suspect, according to a release.

At 2:45 am, while this fire was being investigated, three separate vegetation fires were reported approximately one third of a mile to the east along Cove Road. These fires were determined to have been purposefully set and witnesses placed Cardona in the immediate area of the fire origins. While County Fire Investigators, along with detectives from the San Bernardino County Sheriff’s Department’s Arson/Bomb Detail, were searching for Cardona, a Deputy Sheriff spotted Cardona riding a bicycle on Kendall Rd. approximately one mile south of the vegetation fires and placed him in custody.

While taking Cardona into custody, a structure fire was reported at Cardona’s uncle’s house in the 11800 block of Cove Rd., in Lucerne Valley and directly across the street from the vegetation fires. This fire was limited to a utility room and was extinguished by the homeowners and investigators. Cardona was identified as a potential suspect in that fire as well.

San Bernardino County Fire encourages citizens to contact their local Fire Department Investigators if they have any information regarding arson-caused fires. They can call the Office of the Fire Marshal at (909) 386-8400 or to remain completely anonymous, call WeTip at (800) 47-ARSON.