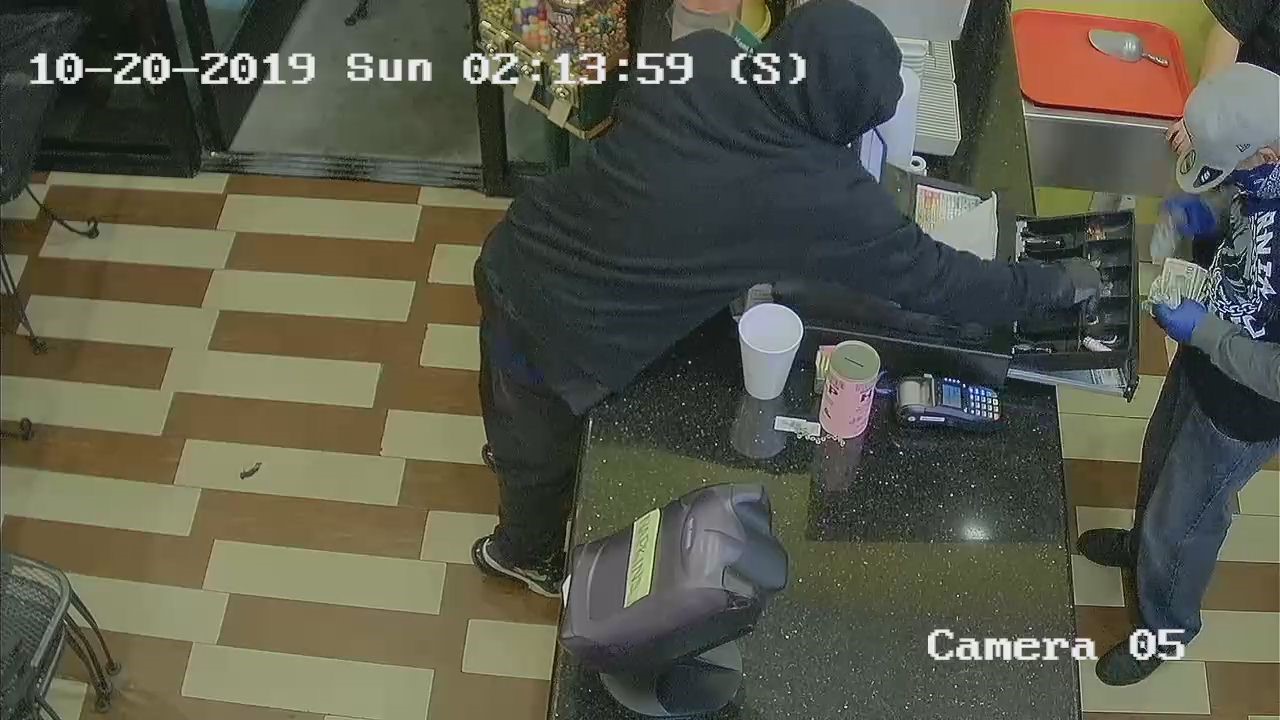 APPLE VALLEY, Calif. (VVNG.com) — A couple of employees at Los Alazanes Mexican Restaurant in Apple Valley were robbed while they prepared to close the restaurant Sunday night, officials said.

At about 2:15 am on October 20th the victims, a male and female employee were preparing to close the restaurant located in the 18800 block of Bear Valley Road.

According to a sheriff’s news release, “two unknown suspects entered the restaurant and demanded an employee to open the cash register. The suspects also forcibly pushed another employee and forced the employee to lie face-down on the ground.”

Officials said the suspects stole approximately $400.00 from the register and and fled the restaurant on foot towards Bear Valley Road.

The first suspect was wearing blue latex gloves and covering his face with a blue bandanna and was wearing light blue jeans, a black t-shirt with a white design and gray long-sleeve underneath.

The second suspect was wearing black latex gloves and a black face-mask. The identity of each suspect remains unknown.