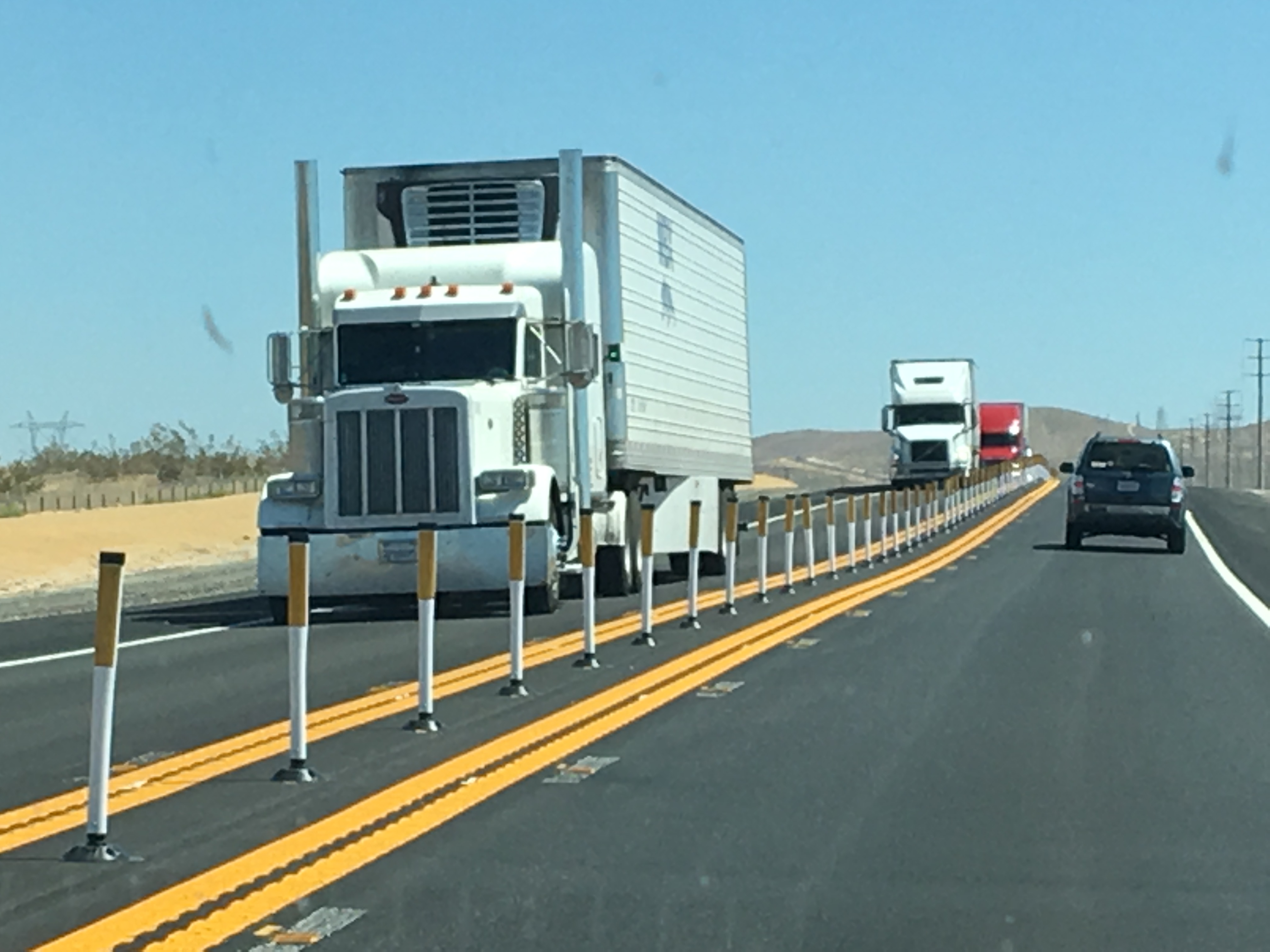 VICTORVILLE, Calif. — Passing lanes, a median buffer and wider shoulders are a few of the new safety improvements added to Highway 395, local officials announced during a Friday press conference.

In Spring 2018, there was a succession of traffic accidents with loss of life that happened within a short time span.

While the highway is safe, some motorists have taken to making dangerous and illegal passing movements across double-yellow and double-double-yellow lines.

All too often this has resulted in major accidents with tragic consequences. So the Highway 395 Task Force was created, involving San Bernardino County First District Supervisor Robert Lovingood, Caltrans District 8, and the California Highway Patrol.

“Over the past year, our office has been working with our state agencies and neighboring county to focus on the safety on this highly traveled corridor,” Supervisor Lovingood said. “In some sections, Caltrans has installed channelizers – thin fiberglass paddles – to help deter illegal passing. Those, combined with rumble strips, median buffers and both air and ground enforcement by the CHP, will improve safety. But most important, we need drivers to be careful and obey the law.”

Capt. Dan DeLong of the Victorville CHP station reminded motorists to slow down, leave with plenty of time to get to their destinations and to use caution when passing in designated passing zones.

“Do not attempt to pass multiple vehicles in the same passing movement,” DeLong said. “Never pass over double yellow lines. Double yellow lines are strategically placed in sections of the roadway where there are curves and other obstructions that would prevent you from making a safe passing movement.  Call 911 to report reckless drivers and always keep a safe distance between your vehicle and the vehicle in front of yours.”

Installation of shoulder rumble strips on three segments of US-395—from north of the City of Adelanto to the State Route 58 Junction. The south segment was completed in 2014. Both the north and the middle segment will be complete in late Fall 2019.

There is also a Widening Project currently underway between the City of Victorville and City of Adelanto that our San Bernardino County Transportation Authority is overseeing. Within the specific project limits, it was determined that the total accident rate was higher than average for similar facilities and exceeded the statewide average.

Due to the severe nature of some of these accident types – rear end, broadside, sideswipe, head on, overturned vehicle, unsafe turning movements, etc. – safety improvements have been incorporated into this Widening Project.