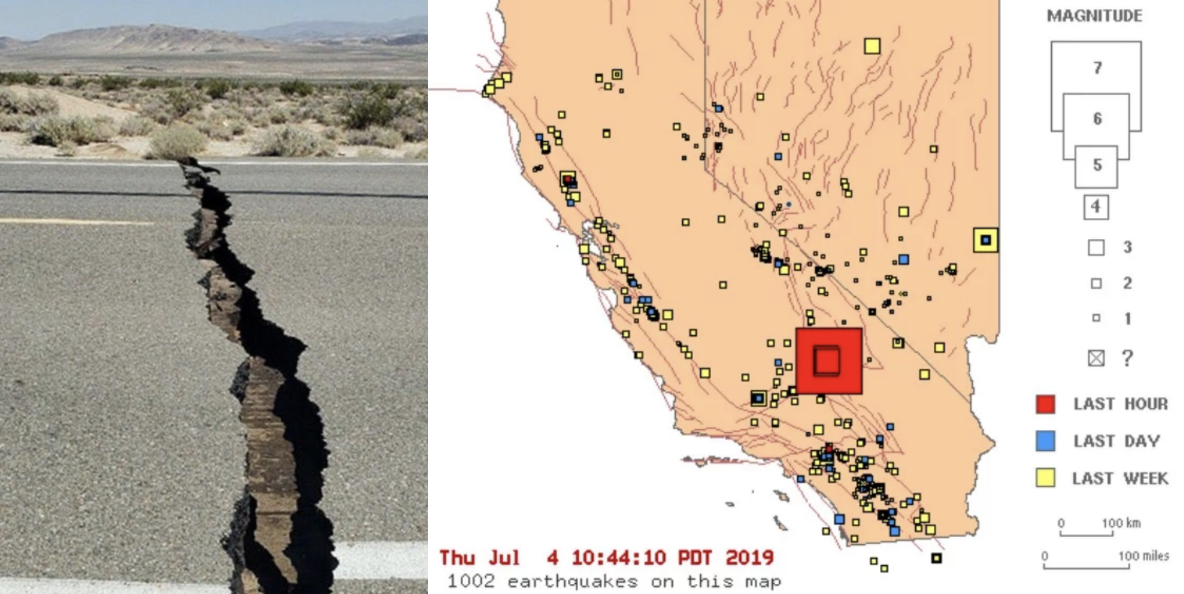 RIDGECREST, Calif. (VVNG.com) — Experts are saying to expect lots of aftershocks following a large earthquake that rocked the Victor Valley on this 4th of July Holiday.

At 10:02 am a 4.2 foreshock was reported near Searles Valley in the Mojave Desert. At 10:38 am, a preliminary 6.6 quake was reported 10 miles from Ridgecrest that was later downgraded to a magnitude 6.4.

Officials said today’s quake is the largest earthquake since 1999. Widespread shaking was reported from Las Vegas to Los Angeles.

During a press conference about the earthquake, expert Dr. Lucy Jones said to expect a large number of aftershocks.

“It’s certain that this area is going to shaking a lot today and some of those aftershocks probably exceed a magnitude 5 which means they will become damaging,” stated Dr. Lucy Jones.

People who felt the earthquake described feeling a dizzy sensation before feeling the shaking and rolling that followed.

The San Bernardino County Fire Department tweeted and said that buildings and roads have been damaged in Trona.

Scanner traffic reports that Ridgecrest Hospital is being evacuated due to structural damage. People at the scene are reporting all patients and staff are evacuating.

Videos on twitter show several homes in the Ridgecrest area that have caught fire due to natural gas leaks.

#Update: Incredible picture of a road ripped open just out from the town of #Trona in #California, after the 6.4 magnitude #earthquake has been felt in that region. pic.twitter.com/kz6ZpgLkdl

CHP: 28 cited during Fourth of July I-15 freeway enforcement operation

Pedestrian killed after being hit by vehicle Wednesday night in Victorville