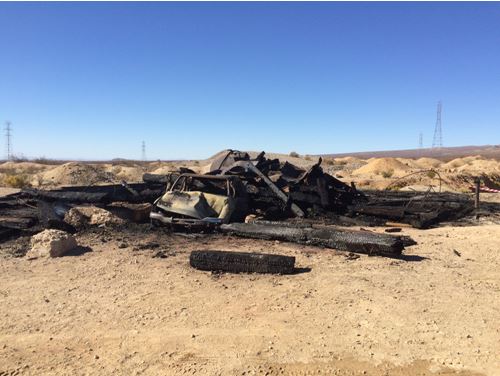 The Atolia District, Union #1 Mine began operation in 1915 mining Tungsten and other important minerals which were needed to support the United States war effort in World War I. The headframe, or gantry, was built in 1916 above the over 1000 foot mineshaft and moved workers and materials into and out of the mine. The headframe was constructed of timber and iron and was nearly 100 feet tall. Being one of the largest and oldest headframes in the Randsburg and Red Mountain areas, it was a popular historical landmark.

[googlemap src=”” align=”alignright” ]On October 27, 2014 at 3:30PM, Fire engines from Kern County and San Bernardino County responded to the area of the Union #1 mine located at 58594 Hoffman Rd, Red Mountain to a report of smoke.

Fire units found the headframe collapsed and on fire and worked tirelessly for several hours to extinguish the flames. During the course of fighting the fire, fire personnel discovered the wreckage of a pickup truck under the debris. The registered owner of the truck was 30-year-old Brian Russell from Woodland Hills. Through investigation, deputies learned Russell was a frequent hiker and gold prospector in the area. Russells’ family had listed him as a missing person.

Due to the heat and concerns for the safety of law enforcement and fire personnel, units waited until daybreak on the 28th to begin a thorough search of the scene. Arson investigators from the San Bernardino County Fire Department and the San Bernardino Sheriff’s Department’s Arson/Bomb unit responded to the site to assume the investigation. Volunteers from the San Bernardino Sheriff’s Department’s Desert Search and Rescue team also responded to assist with a search of the area in an attempt to locate Brian Russell. Due to the large number of canyons and mines in the area, an aerial search was also conducted by Sheriff’s Aviation Division helicopter 40King.

At about 1PM, Mr. Russell was located by the sheriff’s helicopter walking northeast of the Union Mine #1 site. He was contacted by sheriff’s deputies and was detained without incident for investigation of the fire. Mr. Russell was in possession of a .45 caliber handgun when he was contacted. The actual cause of the fire is still under investigation. The completed investigation will be sent to the San Bernardino County District Attorney’s Office for review. 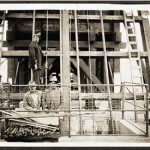 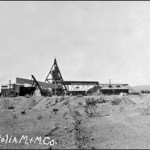 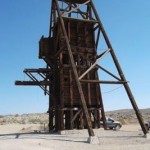