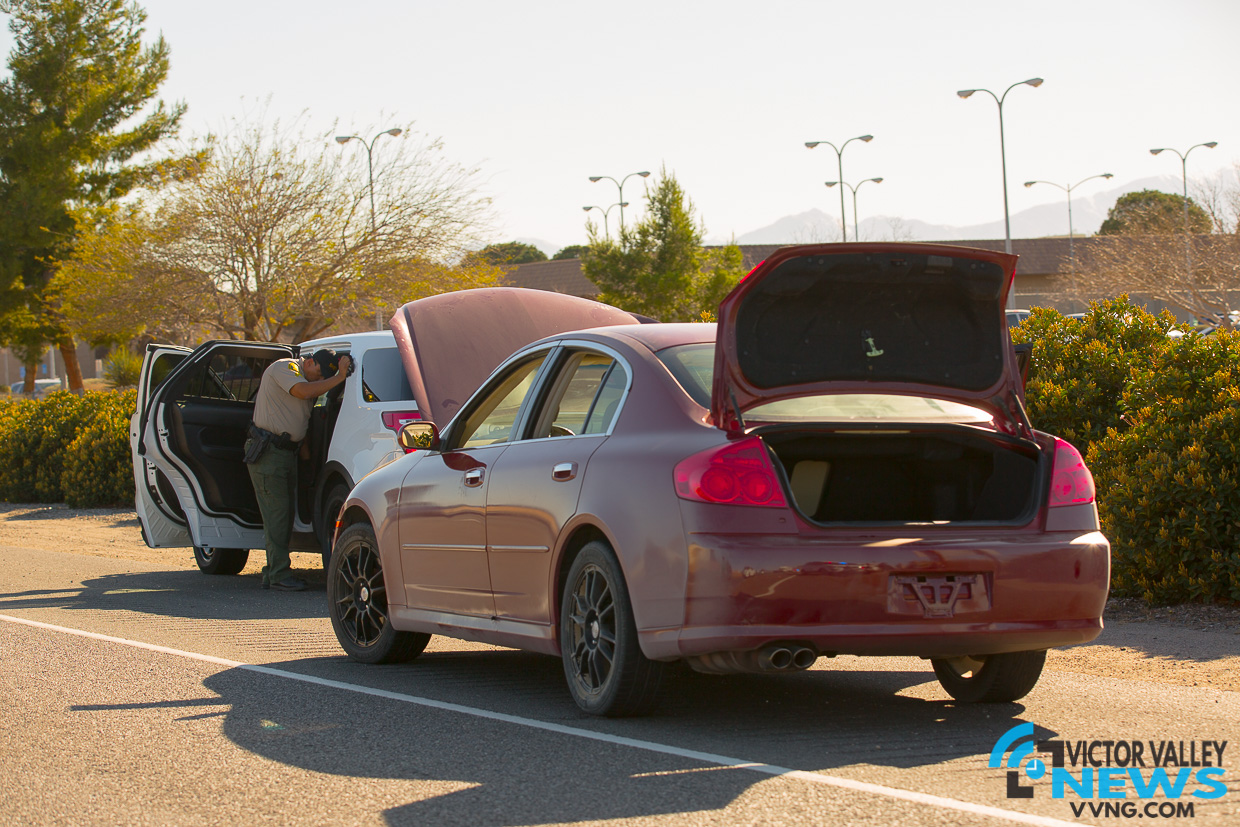 VICTORVILLE, Calif. (VVNG.com) A Los Angeles man who led authorities on a high-speed pursuit Monday afternoon is behind bars on a $100,000 bail.

On March 13th at about 4:00 p.m. deputies witnessed a vehicle with no plates speeding in excess of 100 mph traveling on the southbound 15 freeway near Dale Evans Parkway.

According to San Bernardino County Sheriff’s spokeswoman Jodi Miller, the deputy initiated a traffic stop and the vehicle initially stopped. “When the deputy attempted to make contact with the driver, the suspect vehicle accelerated and a pursuit ensued,” stated Miller.

The pursuit came to an end when the driver, later identified as 25-year-old Tyron Simon Estis stopped the vehicle on the right shoulder of the I-15 south of Palmdale Road.

Miller said the vehicle was found to have been stolen out of Las Vegas.

Tyron Estis was arrested for felony evading and parole violation. He was booked into the High Desert Detention Center and was also found to be on parole.

According to public court records, Estis is scheduled to appear in a Victorville courtroom on Wednesday, March 15th at 12:30 pm.