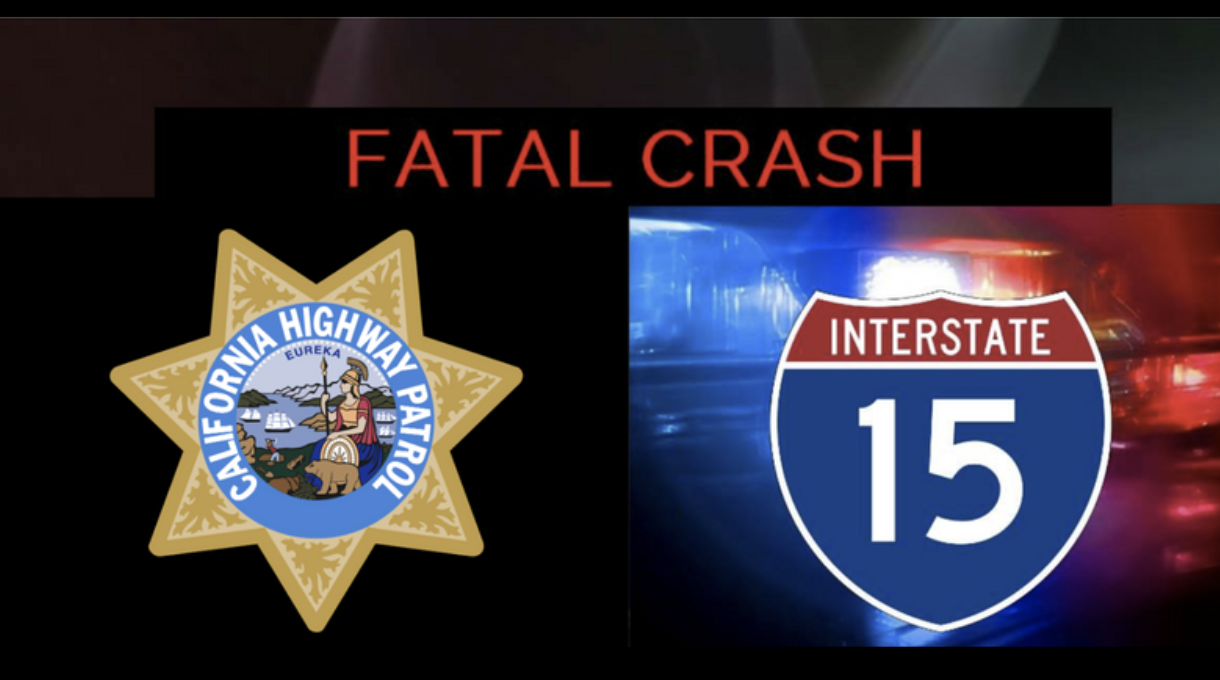 BAKER, Calif. (VVNG.com) — A 24-year-old Los Angeles man killed in a traffic collision on the I-15 freeway near the town of Baker was identified as Joey Dee Hagedorn.

On August 6, 2022, at approximately 5:35 am, officers from the California Highway Patrol Barstow Area were dispatched to a two-vehicle traffic crash on the northbound I-15, north of the town of Baker, near mile marker 15 SBD 145.

According to a news release, Hagedorn was driving a 2008 Mercedes-Benz CLS550 sedan at an unknown speed along with a 38-year-old female passenger from Bell, CA that was seated in the right front seat.

While traveling in the no. 3 lane the Mercedes approached the rear of a 2014 Freightliner Cascadia trailer combination driven by a 48-year-old man from Moreno Valley.

CHP officials said the Mercedes continued at unsafe speeds for the slower-moving semi ahead and in an attempt to avoid the crash, Hagerdon turned the vehicle towards the right and collided with the rear of the trailer.

The Mercedes went off the roadway and traveled a short distance in the open desert terrain before re-entering the freeway. The Mercedes collided into the side of the Freightliner and became wedged underneath the trailer. The semi dragged the vehicle a short distance before pulling to the right shoulder and coming to a stop, officials said.

Emergency medical personnel responded and found Hagedorn trapped inside his vehicle. He was pronounced deceased at scene at 6:20 am.

According to the CHP incident logs, the female was pregnant and the deceased male was her husband. The driver of the Freightliner was uninjured.

CHP said alcohol and/or drugs are not considered to be a contributing factor in this crash.

The California Highway Patrol Barstow Area is handling the investigation and anyone with information is asked to call the office at (760) 255-5900.

Related Topics:15 freewayaccidentCHPFatal
Up Next