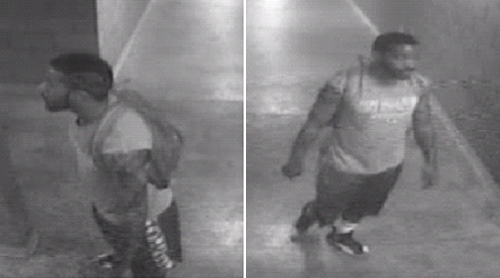 On Tuesday, September 23, 2014, around 5 p.m., the suspect entered a high school located in the 1200 block of Bishops Road. Video surveillance captured the suspect entered the men’s locker room and removed a laptop, I-Phones, I-Pods and US currency belonging to the school and the students.

The suspect is described as a male Black, approximately 25-30 years old with a fauxhawk style haircut with designs on the side. He had a black beard and was last seen wearing a grey cut off shirt, green shorts and black and white shoes.

The Suspect’s vehicle is describe as an older model white SUV.

There is no further information at this time.