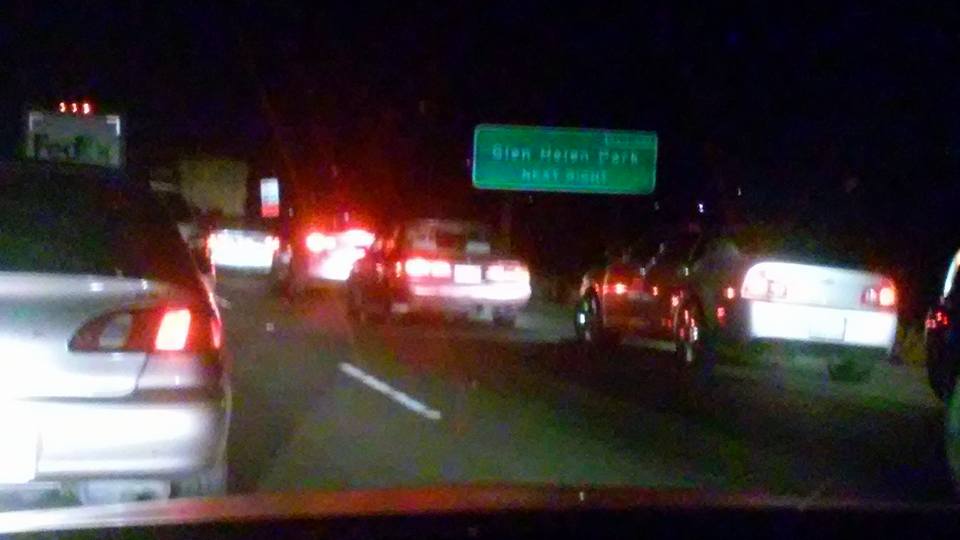 DEVORE-(VVNG.com): Commuters on the I-215 north are at a complete stop, some shutting their engine off  and others growing increasingly impatient, some reportedly driving on the shoulder to pass the stopped traffic.

At approximately 11:20 p.m. dispatch received a report of a big rig with a punctured tank on the I-215 north just south of Devore. The big rig, according to CHP logs, struck a barrel in the lanes causing a large amount of fuel to spill into all lanes.

The driver reported that a 20 gallon supplemental tank was full at the time it got punctured and all of the fuel spilled onto the freeway.  A tow truck arrived with absorbent to assist in freeway clean up. Commuters are expected to experience long delays as crews work to clean up fuel in the roadway.