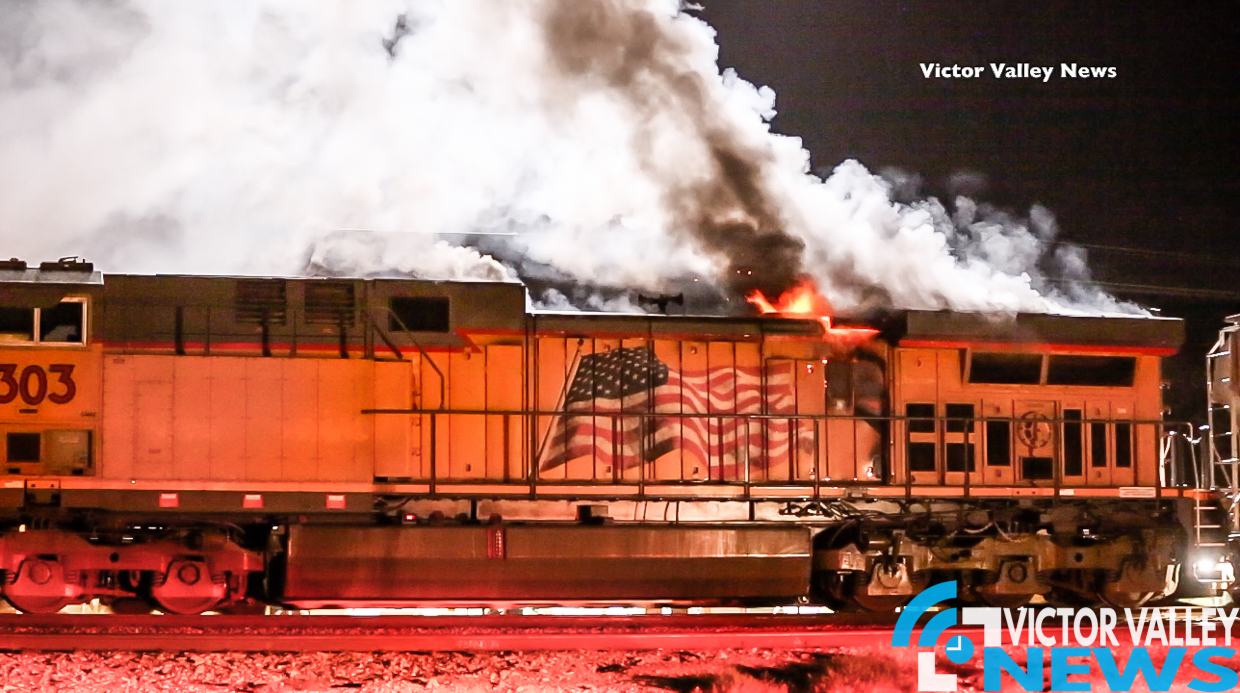 At about 9:40 p.m. dispatch received reports of a northbound train with large flames showing near Santa Fe Avenue East and Sultana Street in Hesperia.

Deputies from the Hesperia Sheriff’s station searched the area and reported seeing residual smoke but no visible fire.

As the train continued into the City of Victorville, the helicopter located a moving northbound train with a column of smoke coming from the rear locomotive.

“We dispatched additional units towards the Victorville area and got a hold of the railroad to get the train stopped, stated Battalion Chief Bill Mahan.

At approximately 10:00 p.m. the train came to a complete stop just northwest of the I-15 freeway on E Street near the cement plant.

“Once we were sure that the train was stopped and safe, we dispatched the closest fire station to the scene from station 311,” said Mahan.

Once stopped, large flames with heavy smoke began to billow from the rear locomotive engine compartment.

Firefighters managed to knock down the fire in approximately 10 minutes.