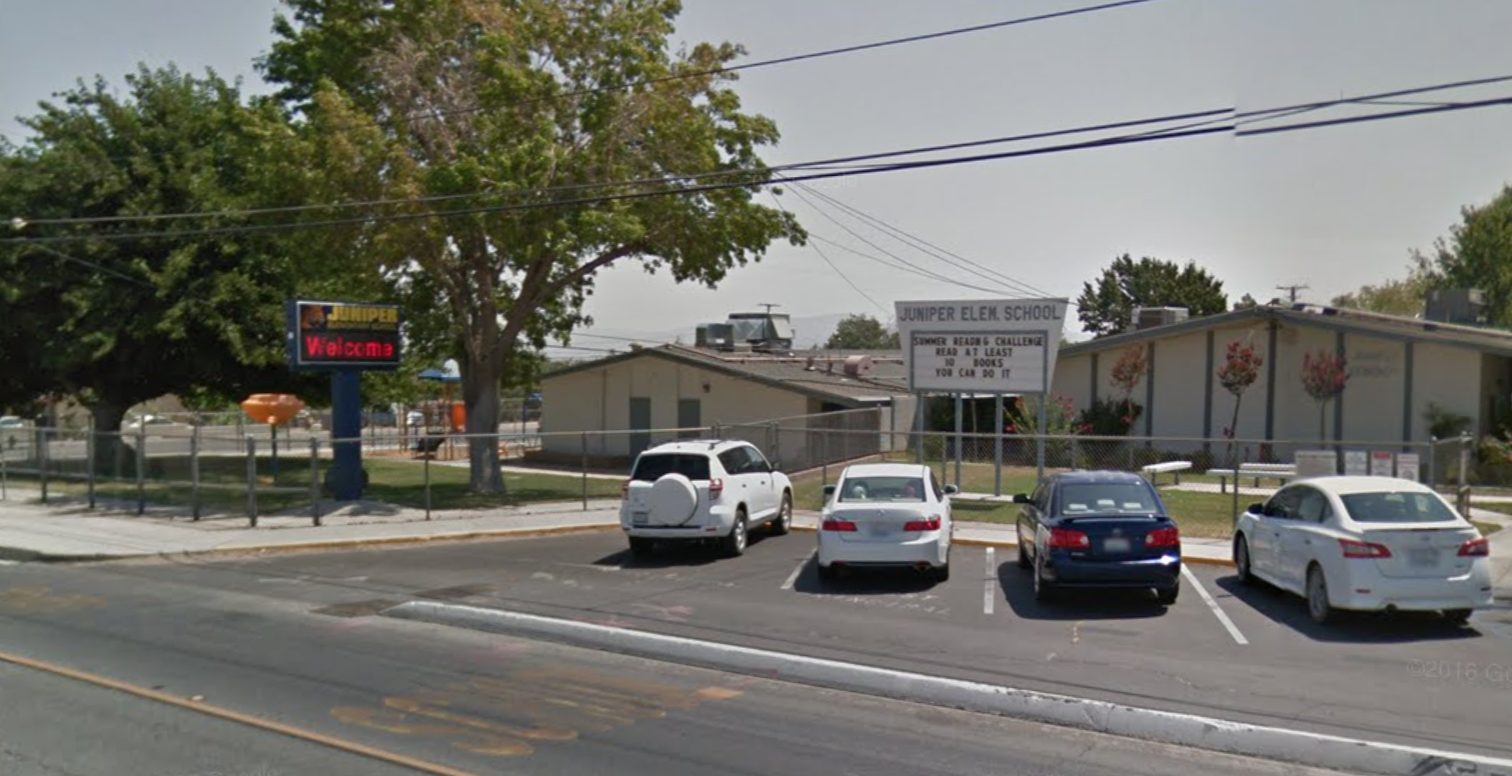 HESPERIA, Calif. (VVNG.com) A ‘threatening phone call’ prompted Juniper Elementary to be placed on lockdown and forced students to evacuate to a nearby field, officials said.

At around noon, many police vehicles and fire personnel were seen flooding the school’s parking lot after the school received a ‘threatening phone call’.

According to officials, the school is taking all precautionary measures to ensure the safety of all students and staff after receiving the threat.

“We don’t have any information on whether the threat was credible so we evacuated the school in the meantime,” stated the Hesperia Unified School District’s Superintendents “office.

Students were evacuated from their classrooms to a field while police investigated the incident.

Further details surrounding the phone call or type of threat were not available at the time of the article.