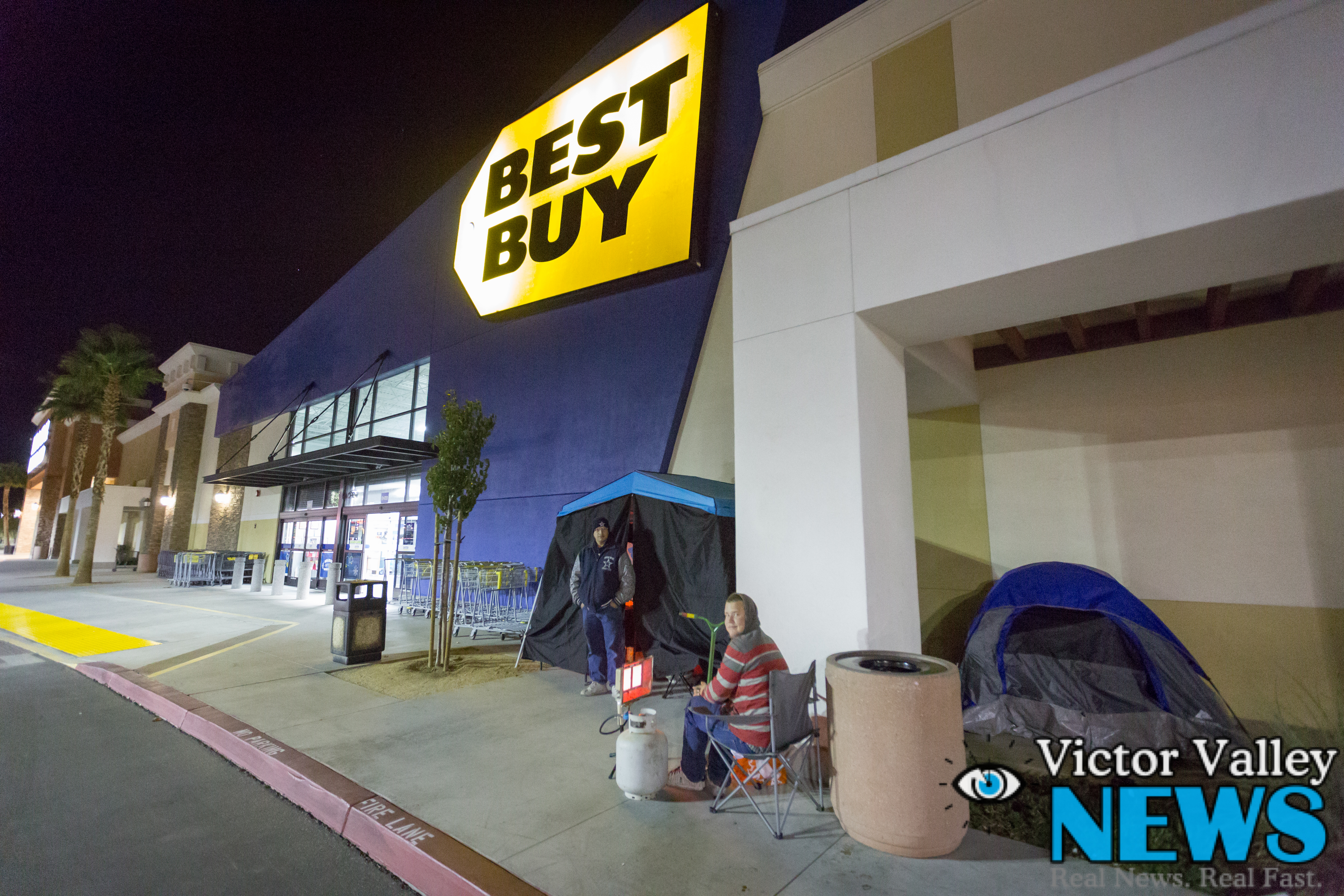 APPLE VALLEY, Calif. (VVNG.com) Tents popping up and people camping around stores for Black Friday seem to have become a tradition, at least for two local men.

James Tranter, 19, of Apple Valley, set up his tent on Thursday night at his local Best Buy, which was the first day the store allowed deal-seekers to start camping out on the premises for this year’s door-busters.

Tranter wasn’t the first person to plant himself near the electronic store, he was greeted by another Apple Valley resident, Louie Renteria, 36, who claimed his spot as the first in line when he set up camp early Wednesday morning.

Renteria started his camping tradition nearly a decade ago, while Tranter has been at it for almost a third of his life, since the age of 13.

“This is my 6th year in a row doing this,” stated Tranter. “I’m shopping this year for myself and my mom who recently had back surgery last week.”

Throughout the past 6 years, Tranter has been able to score deals on electronics ranging from T.V.s, Xboxes, laptops, iPods, tablets and pretty much all the electronics.

Thanksgiving meals with family gathered around is just nothing short of odd for them. “What’s Thanksgiving? I haven’t seen Thanksgiving in almost 9 years,” Renteria somewhat joked.

The two guys refer to themselves as “Black Friday family,” after meeting outside Best Buy in 2010. “We look out for each other, and I watch over his tent while he goes home to shower and vice versa,” said Tranter, “The toughest part is sleeping through the cold at night,” said Tranter.

With a frost advisory in effect for Apple Valley tonight and temperatures expected to dip below 30 degrees, the two were well prepared with portable propane heaters and thick sleeping bags.