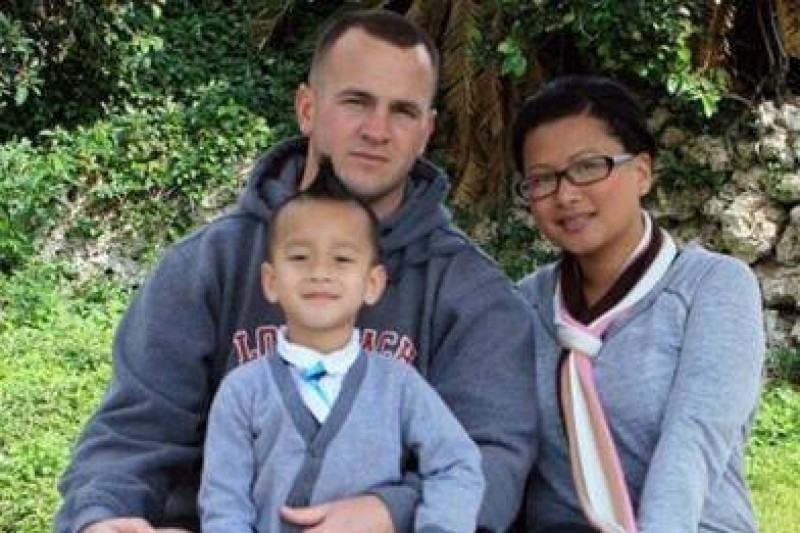 VICTORVILLE:(VVNG.com)- Family and friends are mourning the loss of a young father whose life ended far too soon. On Thursday, April 2, 2015 just before 10:30 P.M., dispatch received a report of a single vehicle accident on Village Drive just north of Eto Camino Road in Victorville.

Upon arrival, authorities discovered a motorcycle had left the roadway and crashed into a tree. The impact left the motorcycle deeply intertwined inside a tree near the roadway.

Several bystanders that appeared to be family members, waited at the scene in anguish looking towards the mangled motorcycle.

The sole occupant of the motorcycle, identified as 32-year-old Victorville resident Jason Bryant, sustained major injuries and was pronounced deceased at the scene. Sgt. Burgees with the Victorville Police Department stated, speed is believed to have been a factor and Bryant was not wearing a helmet at the time of the crash.

“He was at a friend’s house, when a few of them left to the store, on their way back, he hit the curb and died on impact,” stated a family friend.

Jason Bryant, was a father, a husband, a former marine, and a youth baseball coach. Jason leaves behind a devastated pregnant wife who is having a very difficult time coming to terms with the loss of her husband. Victor Valley News member, Rhonda Adams, commented the following, ” I am totally shocked! He was my grandsons baseball coach. He was so good with the kids. I was just telling his wife Lena last Saturday at the game how I really like how he is with the kids. He was an awesome Coach!! My grandson Brayden is taking this really hard! Prayers to the family! Rip Coach Jason.”

A gofundme account has been set up to help cover the cost of funeral expenses. Anyone wishing to help can do so by clicking HERE.