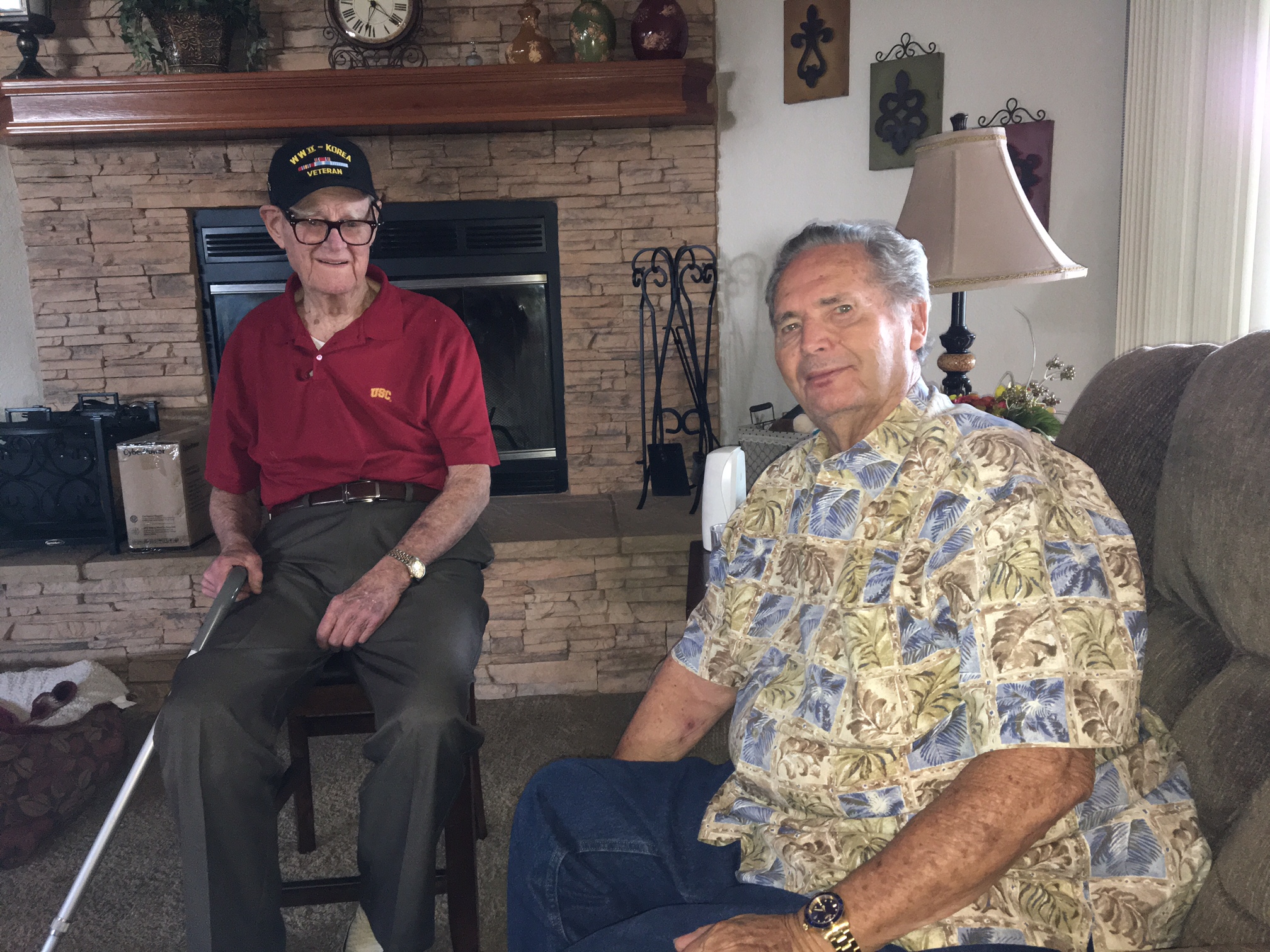 Op-ed / Column by Robert A. Lovingood:

With the anniversary of the Korean War Armistice on July 27, I wanted to share a story with you. In 1950 during the Korean War, my father-in-law, Bob Ginn, saw heavy combat in an Army artillery unit. As enemy troops amassed, American fighter-bombers would come to the rescue and take out the enemy. Bob says he owes his life to those pilots.

A family friend, Jack Holland, was a Marine Corps dive bomber pilot in Korea and was awarded the Distinguished Flying Cross for a low-level mission to defend American ground forces. While Jack did not participate in the missions that protected Bob’s unit, these two local heroes do have a common bond. And for the first time, they met recently.

“We’d already pushed to the Yalu River, that’s as far as you could go (in North Korea) you know,” Bob said. “The Chinese were sitting on the border with 400,000 soldiers amassed. They told the U.S. if you go across the 38th Parallel, ‘We’re coming in.’ And we went all the way to the Yalu River. And here they come. Seven-teen thousand of us as a spearhead, and here come, at least at the start probably150,000 Chinese. We had to travel by the roads but they just boxed us in. We couldn’t get no ammo, cut off our food supply and we were just sitting there, trying to get out. They just came in on us, we couldn’t do nothing.”

Bob was riding in a truck, manning a ring-mounted machinegun.

“I was firing this sucker and the Chinese was coming in. They were out there like flies. They were coming in on us, and my machinegun froze up. I’m trying to get it lose, and all of a sudden I feel something land in the floorboard of the truck and I started to jump. It was a concussion grenade … And it went off and put me out on the ground about 10 feet.”

Bob said he felt a stinging sensation all over his body but he wasn’t hurt. He linked up with three other Americans before being surrounded by enemy troops. There was no choice but to surrender.

“There were a thousand of us marching after we got captured,” Bob recalled. “They said 30 percent of them died, froze to death. It was 30 or 40 degrees below zero. They used to put us in houses in the daytime because the planes were so thick. They’d march us all night and put us in these houses in the daytime so the planes wouldn’t get us, because they didn’t know who we were.”

Bob and Jack are amazing, humble men. We are fortunate to have them and countless others just like them in our community and across our country. With summer upon us, I hope you will take time to talk with the veterans in your family or pay a visit to one of the area veterans homes. Capture their stories and let them know you appreciate their service and their sacrifice.

Elderly woman struck by car while jaywalking on Victorville street