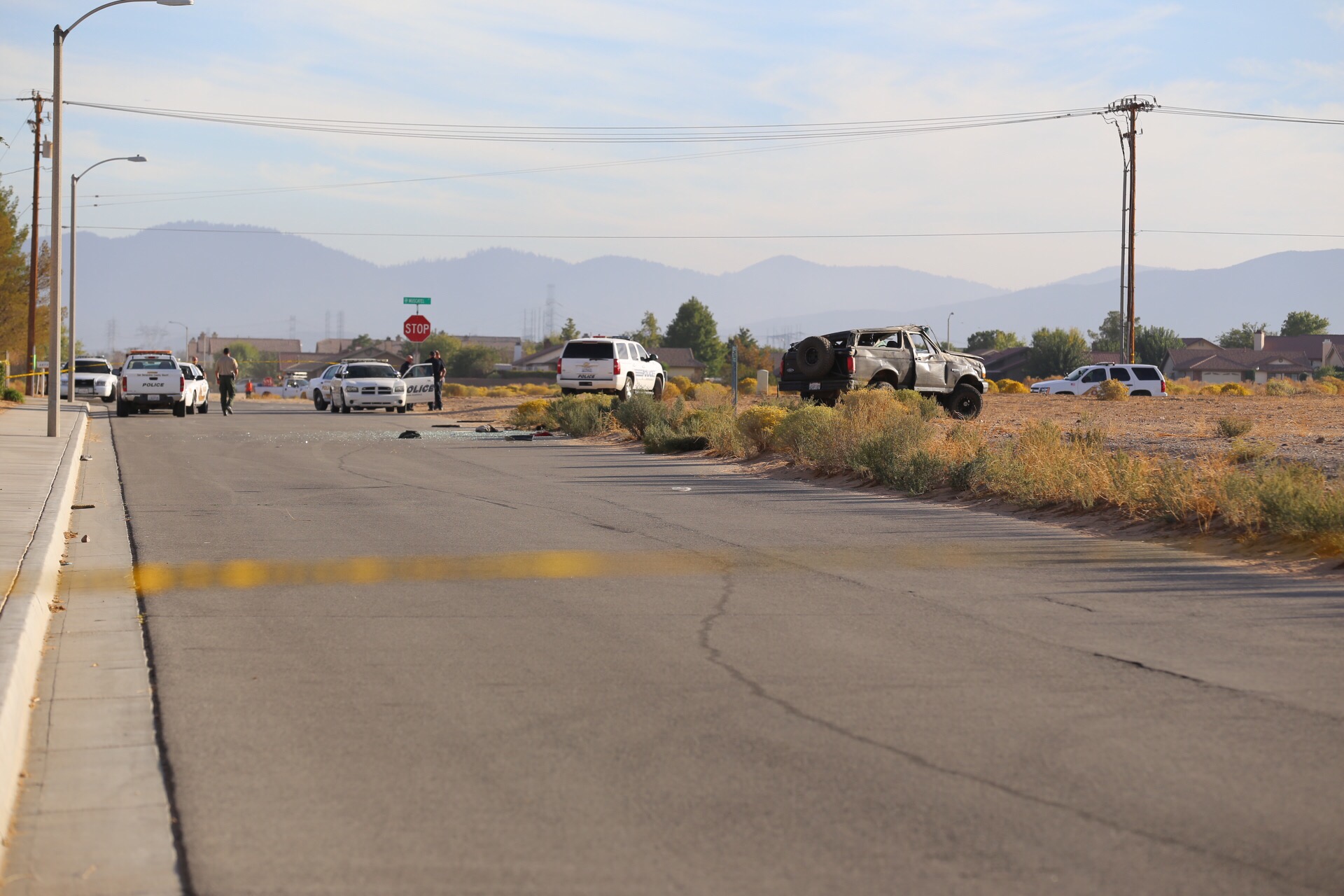 HESPERIA (VVNG.com)- Family and friends are gathering this evening near the site of a fatal traffic collision that claimed the life of a local teenager.

The teenager is described as a 16-year-old male who is a student at Canyon Ridge High School and had previously attended Sultana High School.

Sheriffs dispatch received several calls at approximately 2:25 p.m., on Friday reporting a single vehicle roll over. Upon arrival they discovered a black Ford Bronco crashed in an empty field near the intersection of Muscatel Street and Fuente Avenue. At this time the exact cause of the accident is unknown.

According to witnesses, the vehicle rolled over several times and three or four teenagers crawled out of the vehicle with apparent injuries. A teenager was slumped out of the window of the Ford Bronco and was pronounced dead at the scene.

A hard road closure is in place and detectives are processing the scene for evidence. At this time it’s unknown how long the roadway will be closed and no further information is currently available.