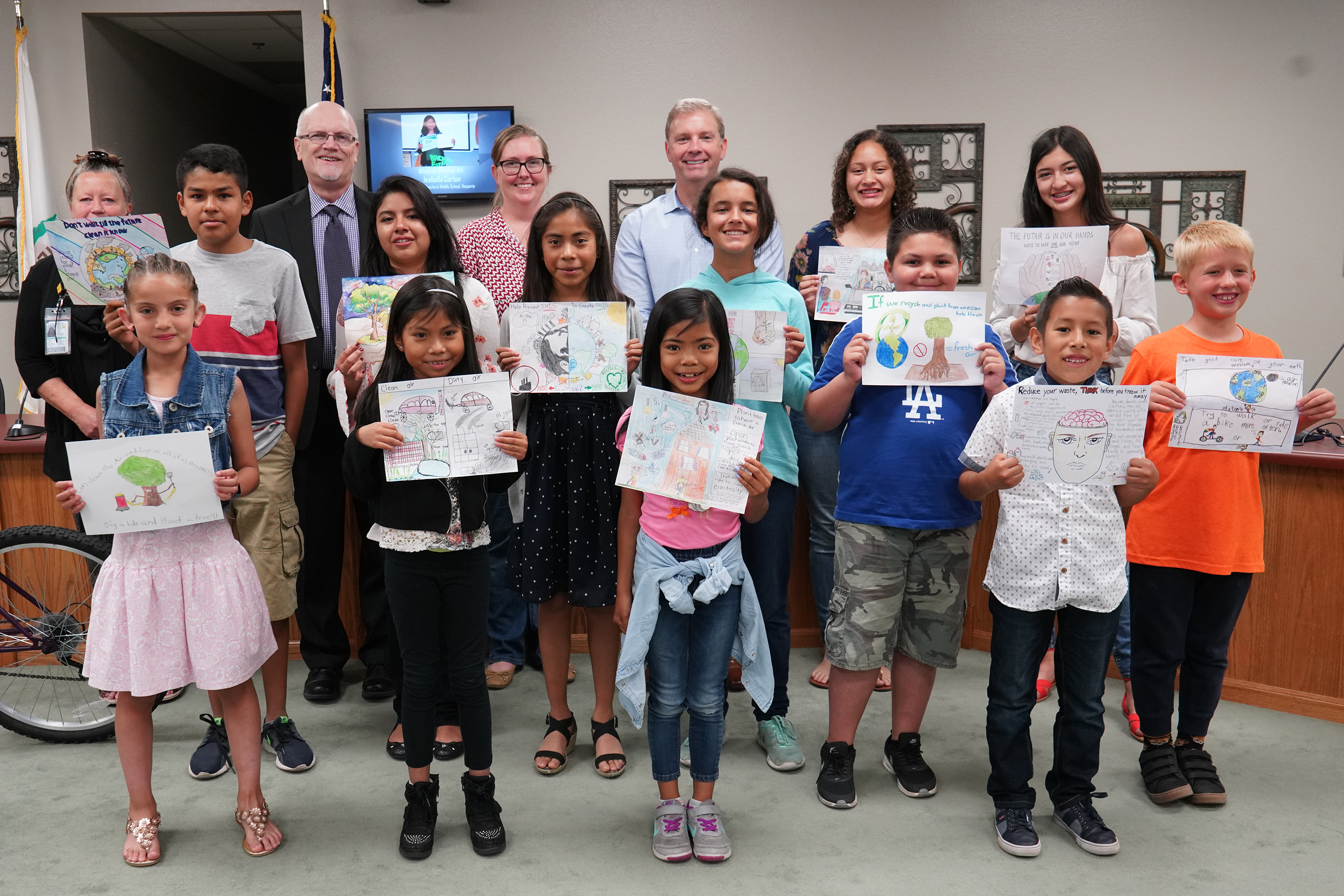 The students’ hand-drawn posters were among more than 420 submissions – a record for the annual contest — from students in grades K-12 throughout the Mojave Desert Air Basin.

The contest, this year themed, “Back to the FutAIR,” asked participants to create an original drawing that shows ways to protect air quality for future generations. Representatives from contest cosponsors and the MDAQMD staff viewed submissions and voted on winners based on originality, creativity, artistic display and alliance to the contest theme.

Winners were awarded at first, second and third place in four categories: kindergarten to second grade, third to fifth grade, sixth to eighth grade and ninth through 12th grade.

“We couldn’t be happier with the turnout this year. The continued growth of this contest not only speaks to the work our staff is doing to get the word out but is proof that our youth are becoming increasingly aware of how important it is to protect our resources into the future,” said Brad Poiriez, Executive Director of MDAQMD. “And the artistic talent shown by these young folks continues to amaze us.”
First-place winners received $100 each, second-place $50 and third-place $25. Prizes were awarded in the form of Target gift cards. In addition, each winning submission will be featured in the MDAQMD’s 2019 Calendar.

The contest is open to students in grades K-12 who attend school within the MDAQMD boundaries.

MDAQMD is the air pollution control authority and permitting agency for the High Desert portion of San Bernardino County and the Palo Verde Valley in Riverside County. It’s governed by a board of 13 members representing nine incorporated municipalities and two counties within its boundaries. As the second largest Air District in California geographically, MDAQMD is committed to attaining and maintaining healthful air quality while supporting strong, sustainable economic growth in our communities. We believe “Clean Air is Everybody’s Business.”