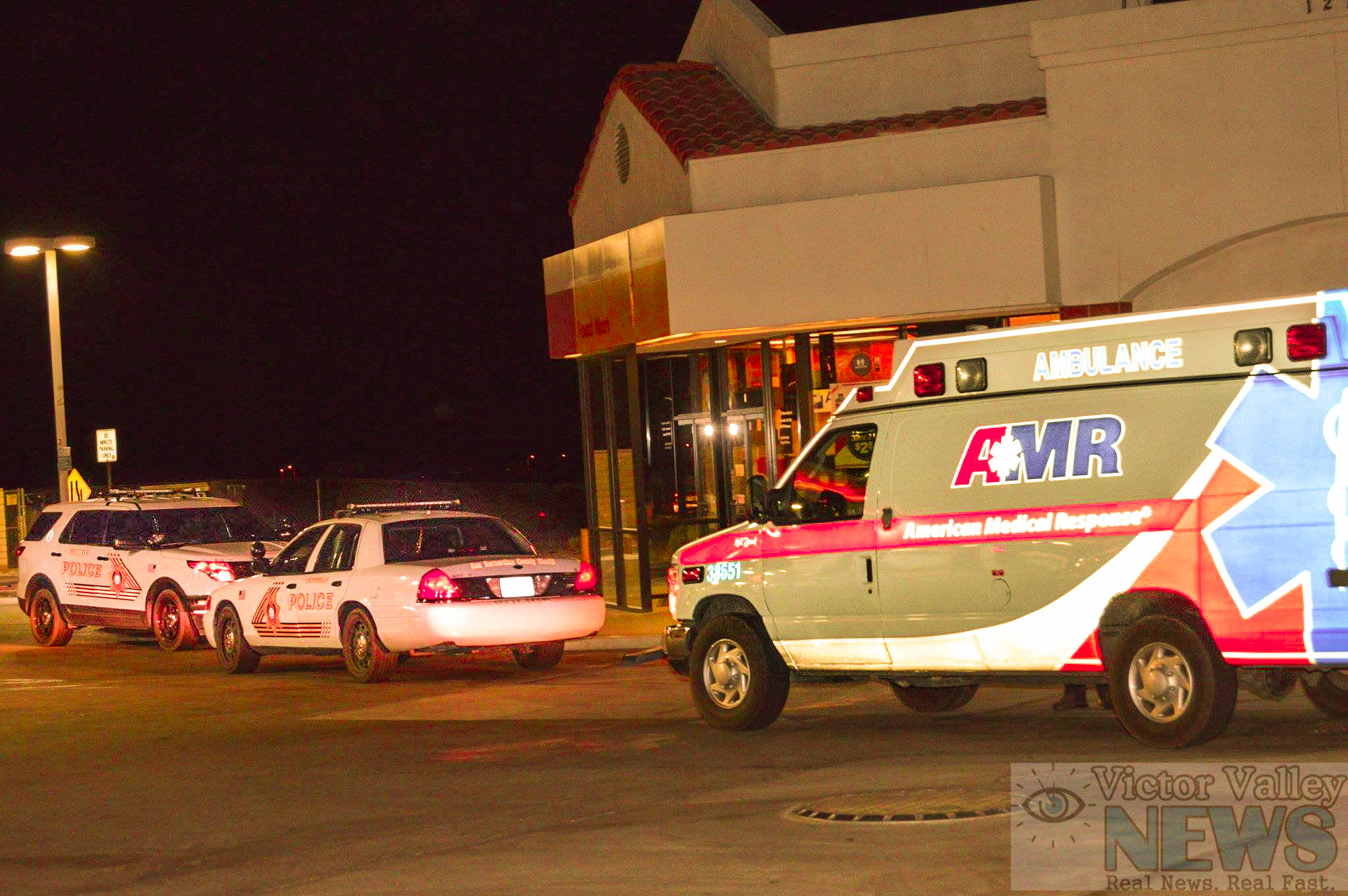 VICTORVILLE: For the second time in less than 2-weeks and armed robbery occurred at the Shell Gas station at the corner of Highway 395 and Bear Valley Road in Victorville.

Per scanner traffic, the suspect is described as a black male armed with a “large black gun”. During the robbery the suspect was wearing a mask and a gray sweater. He was last seen running eastbound from the location towards Bear Valley Road.

Per scanner reports, Deputies believe this is the same suspect in the previous armed robbery reported on March 31, 2015.

Medical aid was requested for the store clerk due to reportedly having high blood pressure.

Anyone with any information is urged to contact the Victorville Police Department at 760-241-2911. Please check back later for more information.