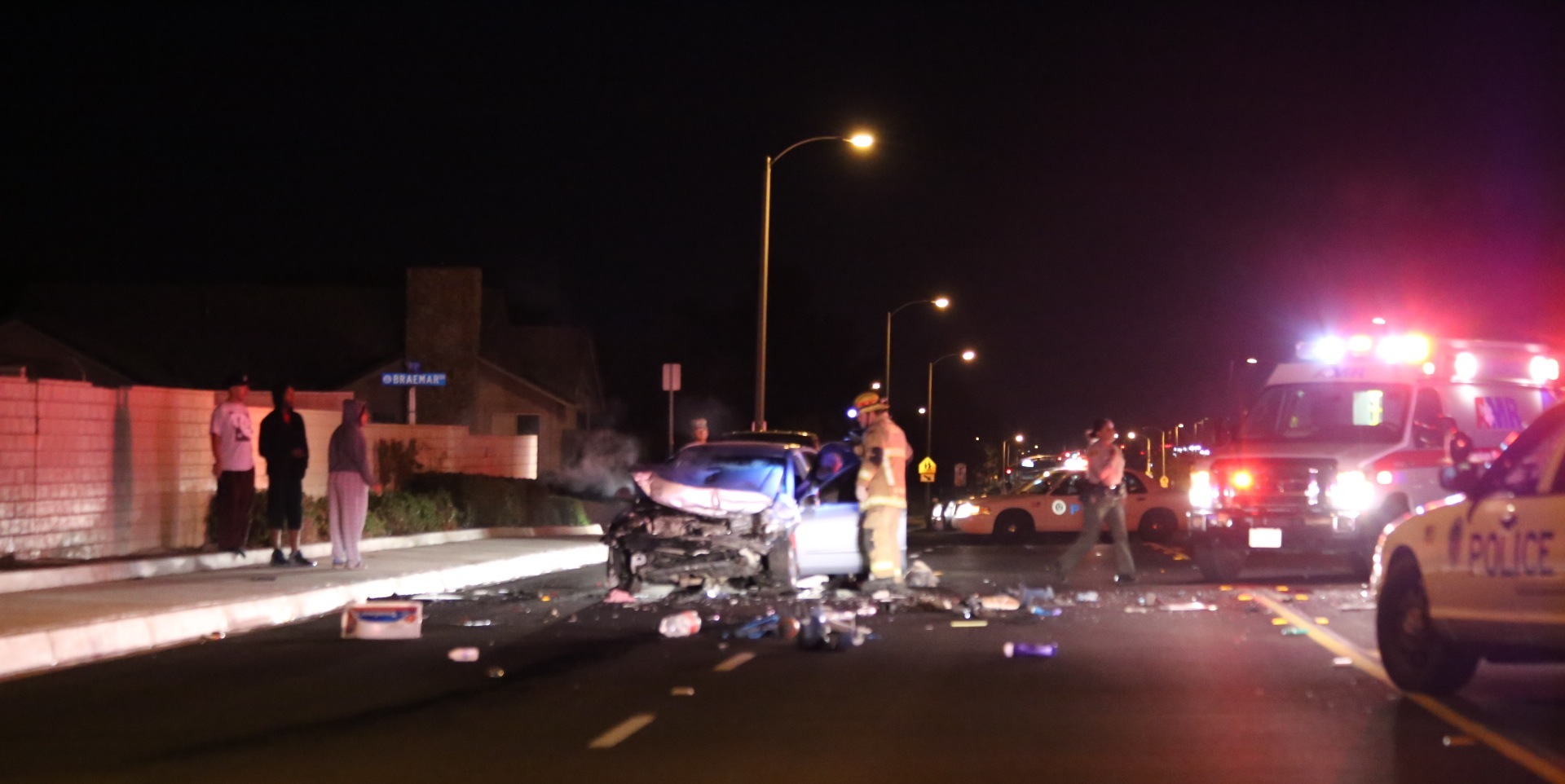 Two vehicles were involved in a traffic collision that shut down a portion of Hook Blvd., just east El Evado Road, shortly after 11:30pm Wednesday night.

Mercy Air Ambulance was requested to land at the local field at Hook Park to transport an unknown patient to Loma Linda Medical Center  for unknown injuries.

According scanner traffic one of the involved is an employee of Dominoes Pizza.

Both vehicles involved sustained major damage and debris from the vehicles  could be seen in the roadway. A Dominoes Pizza box and a 2-litter bottle of Coke was also visible from the road.

One vehicle is described as green Ford Explorer (older model) and a silver Kia sedan.

The exact cause of the incident is unknown at this time.

Please join our live newsgroup to follow this story and more…

Join the News Group on Facebook with over 23,300 Members!  Here