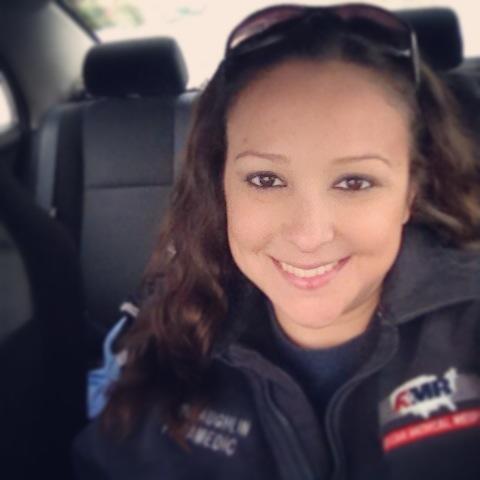 VICTORVILLE-(VVNG.com):  Some of the Victor Valley community may have the pleasure to know paramedic, Ashlie McLaughlin.  Many feel that she has helped

McLaughlin, on a daily basis runs to the aid of strangers in need of medical assistance to perform, many times, life saving measures. Now she has had numerous twists in her own life, most she felt she could overcome, but she now realizes despite her determination that she needs some help.

In September McLaughlin has a surgery that since, has caused numerous complications. The surgery has caused her to have severe pain, hospitalization, and  left her dependant on numerous medications to control her symptoms. Still, she

returned to the job she loves in December, while continuing to have some complications.

On Sunday, March 15th, McLaughlin learned that she needed to have an emergency surgery. The following Monday, while McLaughlin was at the hospital she sent her friend to her home to pick some things up. The friend failed to mention the condition of her home, which looked ransacked and really messy. That Thursday, she sent another friend over, one that was more familiar with her home, that friend confirmed that her home had definitely been broken into.

If the feeling of being violated was not enough, her medications were all opened then thrown on the bed after the suspect took all of the pills. “They had gone into my dresser and pulled out all the drawers dumped laundry all over the house and just generally ransacked it. I was discharged from the hospitall last night with no medication and in unbearable pain, so I’m currently back at the hospital.” said McLaughlin.

McLaughlin is waiting to get set up on temporary disability to help her get by until she can return to work.  At this time paying bills and making ends meet is not even

possible without her income,  but now she also has to replace all of the stolen medication. “I’m a very stubborn Independent person that hates asking for help and makes me feel ashamed that I do have to ask for help. I know there are people worse off than me that deserve the help more but at the same time I’m a good person, I don’t deserve a lot of what’s happened to me,” added Ashlie.

“I love my job and the community I serve, and for this to happen, devastates me”. If

anyone is able to help Ashlie, a Go Fund Me account has been set up. Her goal is only $1000 to help replace the stolen medication, to help install a security system. Although the modest $1000 goal is set, until disability assistance is finalized she will likely need some additional assistance until she is healthy enough to return to the job that she loves.