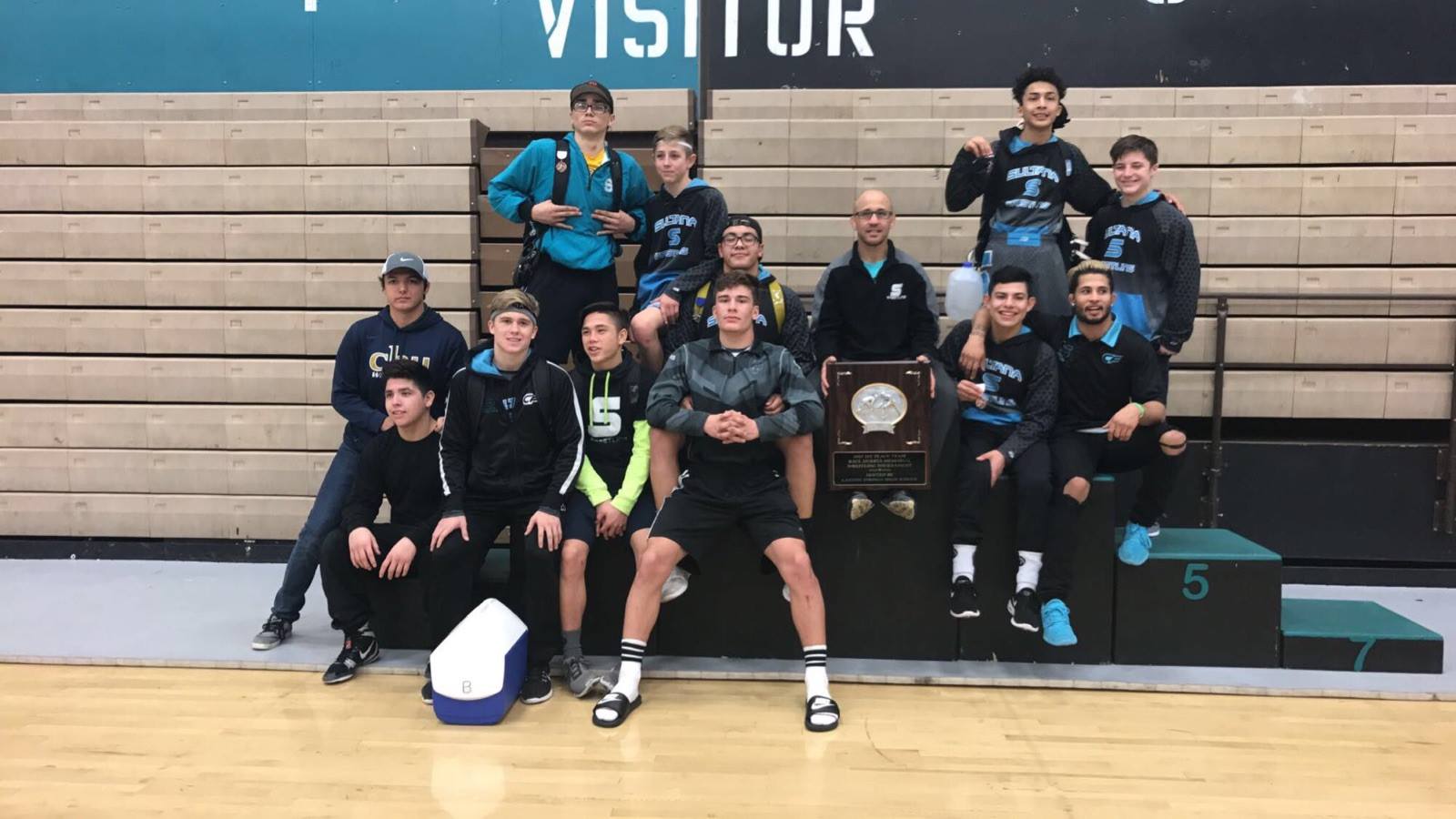 HESPERIA, Calif. (VVNG.com)- A local high school wrestling team is turning to the community for support after their equipment and cash were stolen during a break-in.

On Saturday, January 21, 2017, at 5:30 a.m. the Sultana High School wrestling team headed out of town to compete in the Raul Huerta wrestling tournament at Canyon Springs High School in Moreno Valley.

As they approached their destination, the team decided to make a quick breakfast stop at a Del Taco. All 12 wrestlers exited the passenger van and went into the Del Taco while the two coaches visited a local coffee/donut shop next door.

According to Anne Schroeder, as one athlete exited the Del Taco he saw a man walking away from the school van with a backpack.

The coaches along with the team immediately ran over to the vehicle and discovered the van had been burglarized.

The suspect stole $2,500.00 in equipment along with the coaches bag which contained petty cash some of which was to be used to purchase t-shirts for seniors on senior night, banquet food, and awards for the youth wrestling club. The remainder of the funds were set to be deposited in the wrestling booster club account.

The coaches searched the surrounding area but could not find anyone; a police report was filed with the local police department.

“These boys have worked so hard all season to fundraise to be able to compete in these tournaments, as well as the cost of the equipment and personal gear that has been stolen. We need to find a way to recover as we have a tournament for team S in two weeks,” stated Wendy Peffercorn, one of the wrestler’s parents.

With spirits low, due to the theft, the wrestling team still continued onto the tournament and placed in first place.

“Our school is not exempt from continued adversity this year from football to this hit to our wrestling program,” stated Peffercorn.

The team would greatly appreciate any community support and help by donating to the campaign: https://www.gofundme.com/sultana-wrestling