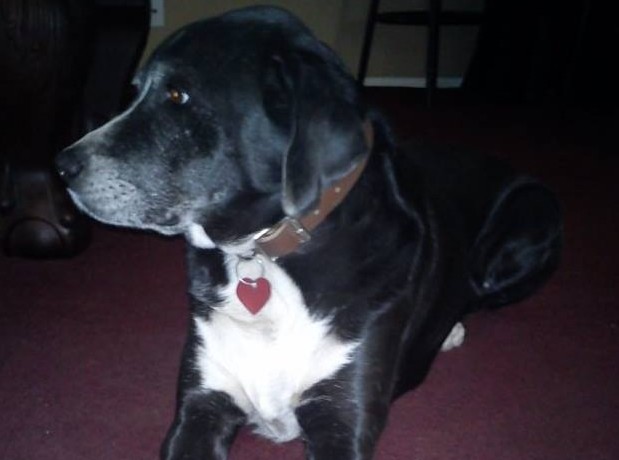 (VVNG.com)- On Saturday, July 18th, Hesperia resident Leah Schwartz was spending time on vacation camping near the Kern River and Lake Isabella. She brought along her 7-year-old mixed breed dog, Bridgette, to also enjoy the vacation with her family. Bridgette was playing along the edge of the riverbed as Leah kept an eye on her.

Suddenly, they saw a snake bite attack Bridgette biting her in the nose area. Bridgette yelped and jumped back from the pain. After the bite, Leah heard a rattle which made her realize the bite was that of a rattlesnake.

Leah panicked as she rushed her dog 2 hours away to the nearest veterinary clinic that was in Bakersfield. “We did not think she would survive. She did not open her eyes for an hour of the ride, had blood coming out of her nose and it just did not look good,” said Leah.

When Bridgette arrived at the veterinary clinic, they administered 2 vials of anti-venom, gave her fluids and did blood work. The veterinarian explained that the main concern was internal bleeding as a result of the venom, which stops clotting of the blood. Once Bridgette got stabilized at the first Veterinary clinic, 12 hours later they had to get back to their Hesperia home.

Bridgette was taken to Ark animal hospital in Victorville for continued treatment and was released 24 hours later. She is now at home recovering. Leah and her family are thrilled that the dog that she adopted at 3-months of age survived the snake attack. Leah says for the most part Bridgette is acting normal now, she is still on several medications for a couple of weeks but should fully recover. The veterinarian did warn Leah that Bridgette could lose some tissue in the nose area as a result of the bite but otherwise the prognosis is good.

According to Red Rock Biologics, the organization that developed the rattlesnake vaccine, in Sacramento, Calif., approximately 300,000 dogs and cats are bitten annually in the United States by venomous snakes. Additionally, dogs are 500 times more likely to be bitten by a poisonous snake than to get rabies.

If your pet is bitten by a snake that you think might be venomous, get medical attention immediately. It’s better to go in and be checked out rather than wait and be sorry.

According to the ASPCA Animal Poison Control Center (APCC), a snake bite is always considered an emergency—a venomous snake bite can be fatal if not treated immediately, and even a bite from a nonvenomous snake can be dangerous for your pets.

What to do if you think your pet’s been bitten: 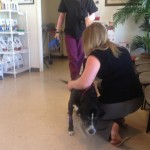 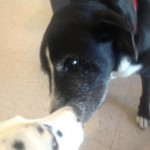 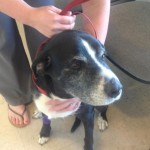