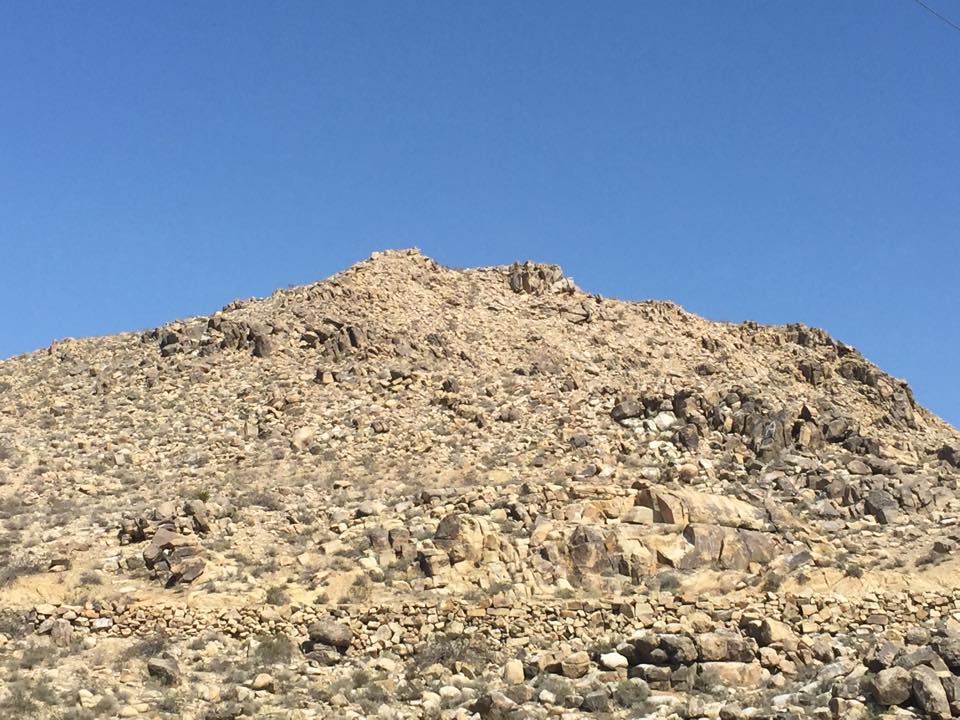 APPLE VALLEY:(VVNG.com)- As the Victor Valley prepares to celebrate Good Friday and the Easter holiday. For unknown reasons somebody has decided to take down the cross that symbolizes hope for many residents. The cross sits a top of a hill along Highway 18 and Stoddard Wells Road.

The property where the cross sits is owned by the Wagner Living Trust. For many decades the cross has been placed in the same spot with no objections from the owners.

For many Good Friday, the Friday before Easter Sunday, commemorates the Passion and Death of Jesus Christ on the Cross.

Victor Valley News Member Diana Hernandez, wrote the following, “For someone to even consider becoming upset over something that is symbolizing a different religion, is ignorance. I was raised in a home where never was I told to hate or dislike or disrespect the beliefs, practices, or symbols of other religions. It makes absolutely no sense to remove a cross, or complain about the building of a temple, or a star, or a Buddha, or whatever else!!!! Who are you, who am I, to take away the right of someone’s religious beliefs? If you don’t believe in GOD, then anything GOD related shouldn’t bother you. Why be upset over something you don’t believe exists? Leave the Cross alone. It makes a difference to the rest of us.”

“I’m atheist. I could care less if there’s a cross up there or not. However, for someone to take someone else’s work and deface or remove it is absurd. My neighbor wants to put a nativity scene in his front yard am I going to steal it? No, I’m going to put a giant Dawkins poster in my yard. Lol. So at least if someone didn’t like the cross, instead of taking it, just put something next to it to show diversity,” stated Jesse Hughes.

“The Cross has been there for a long time. I for one want it back. Vandals and people with nothing better to do keep taking it down just because they don’t have a life,” said Pamela Hobbs Shepherd.

Please comment below and let us know how you feel.