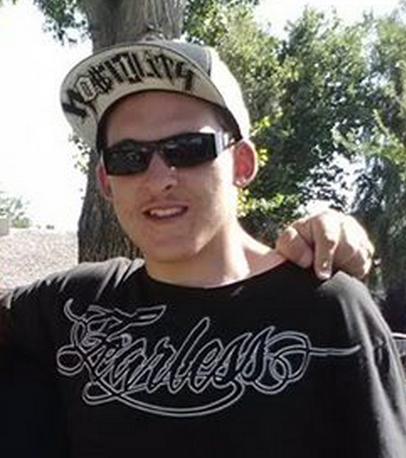 (VVNG.com) – On 05/29/2014 at 10:46pm, Justin Tranter, a 23-year-old resident of Adelanto, was traveling northbound on Interstate 15, approximately 1/2 mile north of Cleghorn Rd., when he lost control of his motorcycle and struck a tractor trailer.  He was pronounced deceased at the scene.

Prior to the identity of the rider being released, the father of the victim, Art Tranter, took to Facebook to ask members of the community if they had any information on the person involved in the fatal accident. He stated his son was riding his motorcycle home from work and was concerned for his safety. After several failed attempts to reach his son he became increasingly concerned and asked members of the social media group VVNG if they knew the color of the bike and clothing description of the person involved.

The description of the bike and clothing worn by the down rider matched that of Art Tranter’s son. Hours later the families worst nightmare was confirmed by local authorities that it was indeed his son.

Art Tranter posted in a comment updating the community, “Thank you everyone for your thoughts and prayers. This is my son Justin. I will miss you.”

Justin is survived by his wife and two young boys.

The California Highway Patrol San Bernardino is investigating the collision.