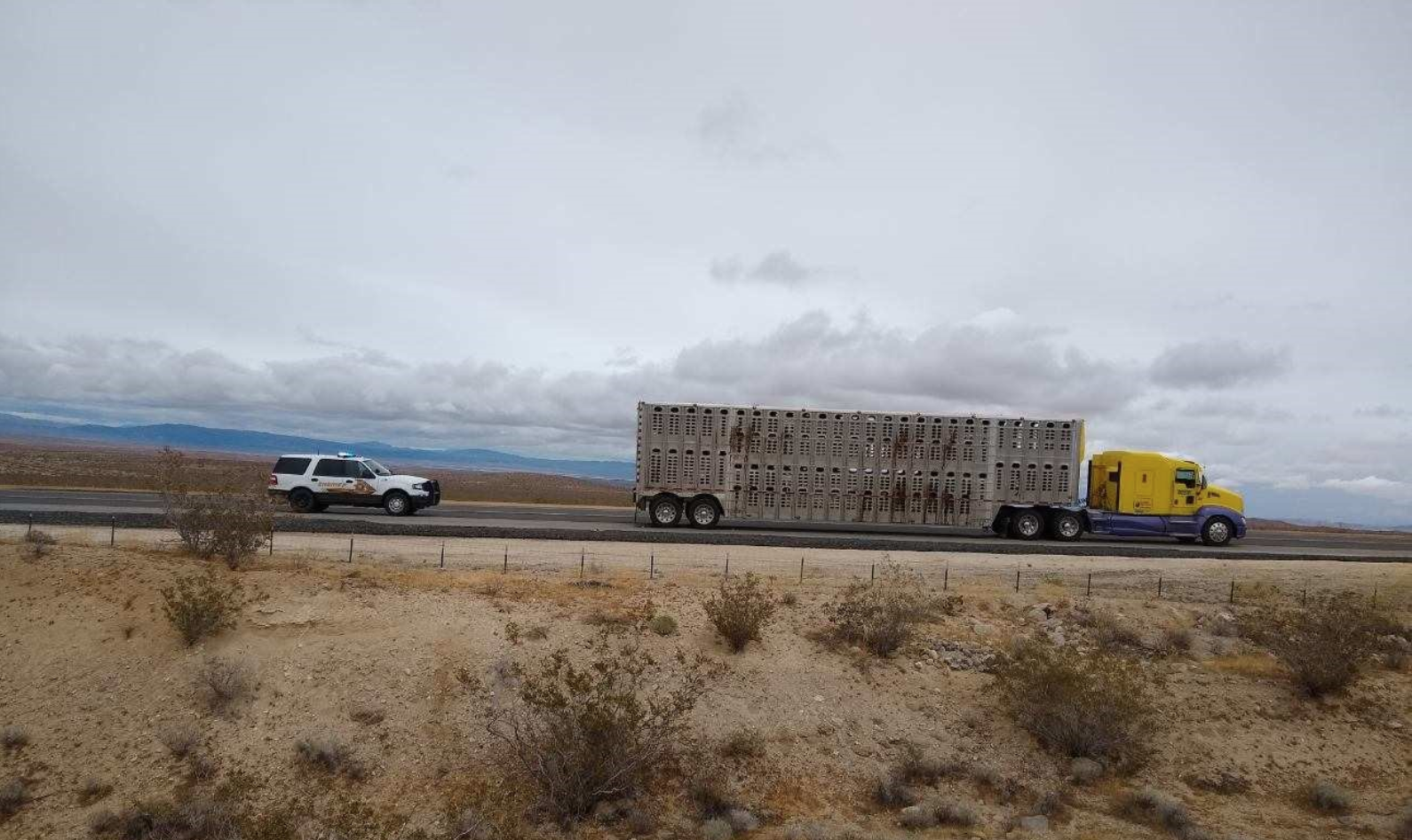 KRAMER JUNCTION, Calif. — On Wednesday, May 22, 2019, deputies from the Sheriff’s Rural Crime Task Force, along with Investigators from the California Department of Food and Agriculture and California Highway Patrol, conducted a Livestock Enforcement Operation in the area of Kramer Junction.

“The purpose of the operation was directed at enforcing California’s livestock transportation laws to protect the industry from theft, gather information to fortify the state’s disease prevention standards and conduct inspections of livestock to ensure adherence of animal health and safety guidelines,” stated a sheriff’s news release.

Officials said the operation yielded 37 livestock enforcement stops. Only one driver was out of compliance with California Livestock Transportation Laws.

“This shipment of cattle was escorted to its destination where further investigation was conducted by the California Department of Food and Agriculture. A notice of violation was issued to the owner of the cattle,” stated the release.

For all other enforcement stops, a livestock transportation report was generated, allowing the California Department of Food and Agriculture to keep records on the influx of cattle being shipped in and out of the state.

This information is used to ensure the health of the livestock industry. All livestock inspected during the operation appeared healthy and no animal welfare violations were observed.