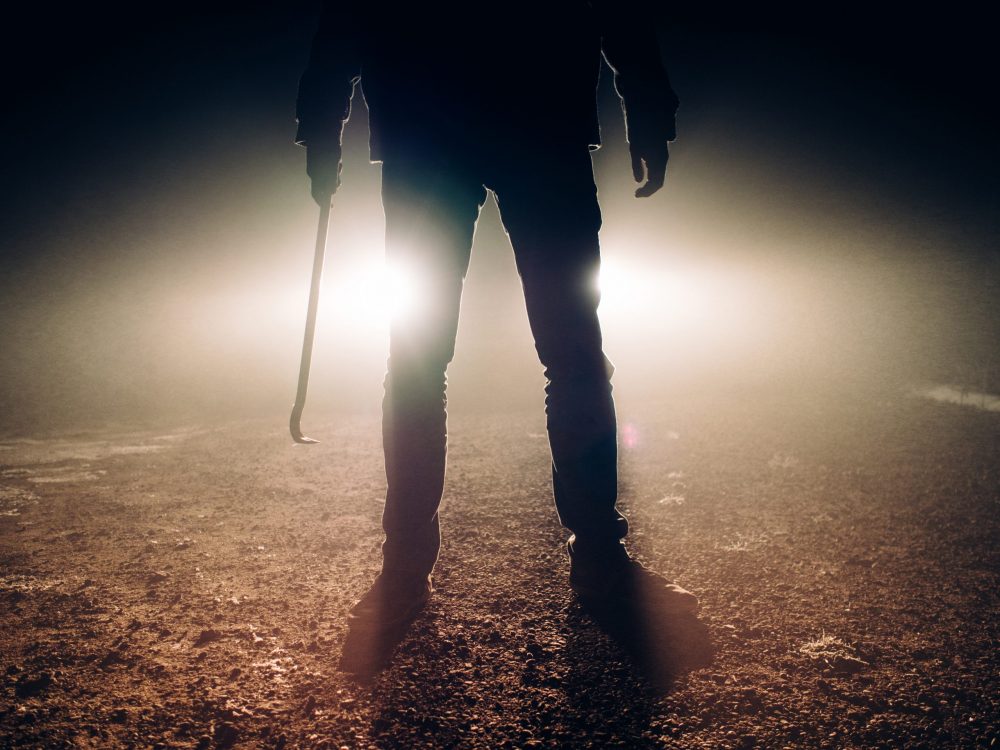 VICTOR VALLEY, Calif. (VVNG.com) — VVNG compiled a list of reported burglaries from around the Victor Valley between April 24th through April 29, 2020.

ADELANTO – On 4/29 at 2:16 pm in the 1900 block of Koala Road an unknown suspect or suspects gained access into the residence and unplugged the wifi. The suspect(s) damaged the security system sensors and control panel. No property was stolen.

VICTORVILLE – On 4/29 in the 18200 block of Harbor Drive in the community of Spring Valley Lake between 0700-0900 unknown suspect or suspects forced entry on the front window of the residence and took misc items inside. Personal property was also taken.

LUCERNE VALLEY – On 4/29 in the 11600 block of Midway Avenue an unknown suspect forced entry into the victim’s vacant residence and forced entry into 2 large 40 feet storage containers. Sheriff’s officials said that as of now the suspect stole a Suzuki Motorcycle and a Polaris Quad. Police are investigating to see what other items were stolen.

WRIGHTWOOD – On 4/28 in the 5400 block of Locarno Drive an unknown suspect or suspects entered the victim’s garage and took his motorcycle. The keys were still in the ignition and the estimated value of the bike is $1,800. The victim does not know of any possible suspects. The crime occurred between 4/28 and 4/25 0900 hours.

HESPERIA – On 4/27 at about 2:15 a.m., in the 16000 block of Sultana Street two unknown suspects attempted to pry open the window to the victim’s residence with an unknown object. The suspects fled the location prior to deputies’ arrival. Investigation is still on-going.

ADELANTO – On 4/27 sometime between 13:00 hours and 19:00 hours on 4/28/2020 in the 11200 block of Tamarisk Road an unknown suspect or suspects entered the victim’s residence through an open window. The suspect(s) burglarized the property stealing miscellaneous property such as but not limited to a 55′ and 65′ inch televisions, Jordan shoes, etc. The suspect(s) also stole the victim’s 2017 Mazda 3 which was parked inside the attached residential garage. The vehicle is described to be a gunmetal gray color with the only identifiable mark being a cracked passenger side-view mirror.

HESPERIA – On 4/27 at about 4:39 p.m., deputies responded to a residence located in the 18000 block of Fresno Street in reference to a residential burglary. Unknown suspects entered the residence through an open window and took two laptops and an Xbox One. Investigation is still on-going.

HESPERIA – On 4/27 at 7:00 am in the 7100 block of Joshua Road an unknown male suspect came to the victim’s residence, rang the doorbell, knocked several times then shut off the power to the house. Two minutes later the suspect broke a front bedroom window. The suspect fled the location north on Joshua Road in an unknown vehicle description. Sheriff’s officials said nothing was taken. The victim’s 4×6 foot double-paned window was estimated at $600.00 to replace.

VICTORVILLE – On 4/27 sometime over the weekend an unknown subject(s) broke into a construction site, in the 11700 block of Amethyst Road. The subject(s) cut a lock on a storage container and took a generator. No suspect information.

VICTORVILLE – On 4/27 at about 5:50 am in the 16600 block of Avalon Avenue an unknown male broke into a residence while the occupants were asleep. One of the occupants woke and found the man in the house. The suspect fled when he saw the occupant and was not located after a search of the area. The only description of the suspect was a male, wearing black and red clothing.

VICTORVILLE – Between 4/24 and the evening of 4/25 someone broke into a storage container belonging to Life Church in the 12100 block of Industrial Blvd. 4 large speakers were stolen from the container. No suspect description was available.

HESPERIA – On 4/25 at about 1:45 a.m., deputies responded to Smokers Paradise, 14455 Main Street, in reference to an audible burglary alarm. Unknown suspect(s) forced entry into the business. While inside, the suspect(s) stole cigarettes and fled the location. Investigation is still on-going.

APPLE VALLEY – On 4/25 in the 18600 block of State Highway 18 at Devon Self-Storage, unknown subject or subjects, forced entry to several units by cutting the locks. There are no details as to what was taken. There are no leads at this time.

VICTORVILLE – On 4/24/20, in the 14300 block of Lorado Way a security alarm was triggered while the homeowner was away. Three males broke a window and entered the home. They took personal items and fled the residence. Security cameras on the outside of the home-recorded the suspects in his backyard. They are described as black males, possibly juveniles. One had an afro hairstyle and was wearing a black shirt and red shorts. The second suspect was wearing a white shirt and black shorts. The third suspect was wearing a white shirt and dark-colored shorts. No arrests have been made.

VICTORVILLE – On 4/24 at about 5:13 pm in the 13600 block of First Avenue, Joshua Naranjo (31) and Jessy Wooten (51), were located living in a residence they did not have permission to live in, according to the family that owns the house. The owner had belongings still in the home and they were missing when deputies and the family went through the house. Naranjo and Wooten were arrested for burglary.