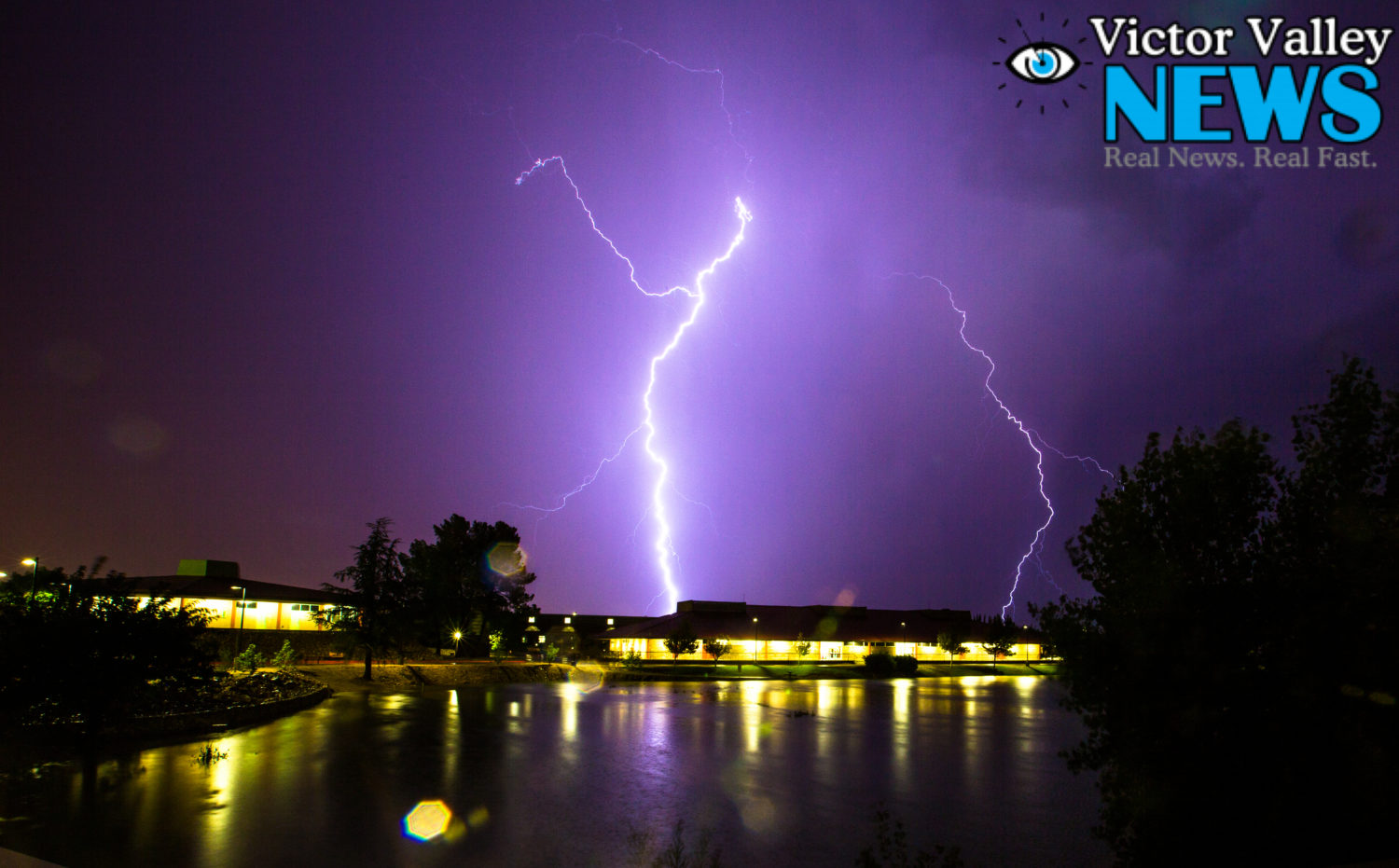 Southern California Edison website is saying that power should be restored on Wednesday evening to most areas.

The sudden thunder storms that began around 7:00 p.m. on Tuesday, September 8th flooded Apple Valley, Victorville and Hesperia with flashes of lightning reportedly striking power poles, transformers, buildings and even one Apple Valley woman. Firefighters were dispatched to numerous reports of fires, many homes were reported flooding and vehicles were disabled in the flooded streets, with the worst of the reports being in the Jess Ranch area of Apple Valley, in the Northern portion of Hesperia near Victor Valley College.

Students and staff of Victor Valley College were alerted via emergency text messages to stay put inside the buildings “until further notice”. A follow-up message just after 8:00 p.m. said if students were not on campus they should remain off campus due to the severe flooding.

Bear Valley Road westbound from Jess Ranch Parkway to Mojave Fish Hatchery Road were closed to traffic due to the severity of the floods. The roadway was reopened at about 9:30 P.M.

According to firefighters, a male subject was sucked into a storm drain on Jacaranda near the mini market across from Victor Valley College and came out in front of the college. The male subject is reported to be alive, but his condition was not immediately available. Victor Valley News will work on obtaining more information on this specific incident.

As far as scanner traffic, it appeared as though resources for emergency response were stretched thin and were being handled based on the seriousness of the report.

Flash flood warnings are extended until 11:45 p.m. According to The National Weather Service in San Diego the storm is currently heading south and locations including Victorville, Hesperia, and Apple Valley may experience additional flooding. The storm is expected to fully clear the area by midnight.