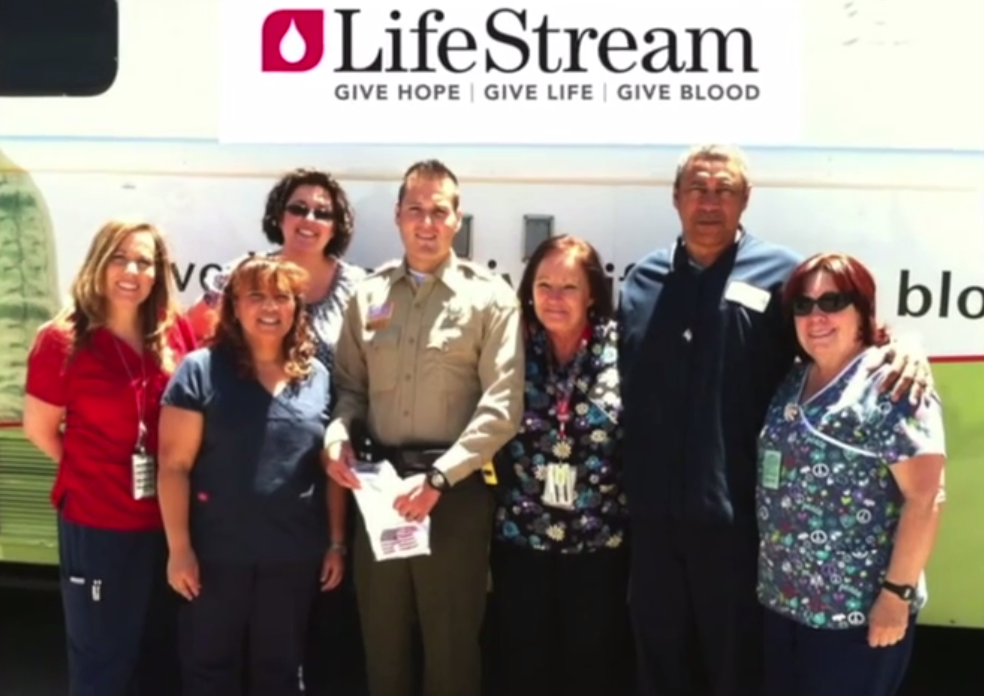 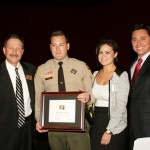 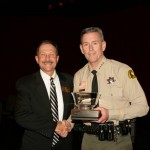 Both occasions led off with a Sponsor/VIP reception that included LifeStream Employee Service Awards being presented by LifeStream President/CEO Dr. Rick Axelrod and Julianna Quarles, LifeStream vice president, employee development and training. Employees who marked 5-, 10-, 15-, 20- and 25-year anniversaries with the organization in 2013 were feted.

Bloemsma also was acknowledged for having recently made his 1,000th blood donation. He began donating blood in 1964.

In Victorville, two-time marrow donor Desiree Harrington was honored and made a brief, touching statement on her willingness to donate

Sheriff McMahon was presented LifeStream’s Humanitarian of the Year award by Dr. Axelrod. The sheriff’s department and LifeStream have a longstanding relationship; blood drives hosted by the department in recent years have collected more than 3,000 units of lifesaving blood.

“LifeStream is proud to count Sheriff John McMahon and the San Bernardino County Sheriff’s Department as partners in our mission,” said Dr. Axelrod in announcing the 2014 Humanitarian of the Year recipient.

The video is dedicated to the memory of San Bernardino County Sheriff’s Detective Jeremiah MacKay, who was mortally wounded in the ambush that also wounded Det. Collins.

In honor of Det. MacKay, his friend and fellow bagpiper Deputy John Hayes played “Rowan Tree” on the bagpipes at the San Bernardino event.

Det. Collins and his wife Lila then accepted from Dr. Axelrod a framed certificate of appreciation and a piece of unique artwork titled “The Badge” created by doctor-turned-artist Don Stewart.

Recall On Variety of Dark Chocolates Due to Undeclared Milk