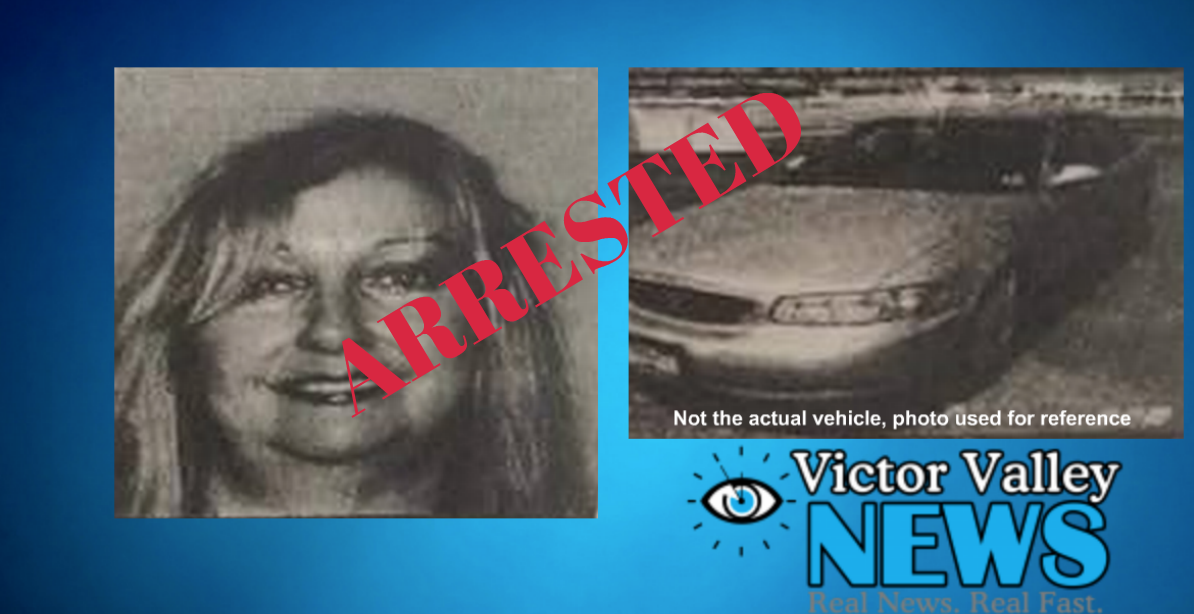 VICTORVILLE-(VVNG.com):  A 52-year-old woman has been arrested in connection with the attempted kidnapping on Tuesday evening at Liberty Park. At about 6:45 p.m. the

Turner used a candy bar to attempt to lure the children with her, the children said no at which time she grabbed a child by the arm. The child and her cousin got the attention of the child’s mother, who was nearby and Turner let go and fled the scene.

On Wednesday, October 14th, Turner was positively identified by the victims using a photo line-up. Turner was arrested on Wednesday, October 14th at 9:38 p.m on the 16900 block of Ouray Road in Apple Valley. She was booked into the High Desert Detention Center and is being held in lieu of $500,000 bail. She is due in court on Thursday afternoon for other charges, and is set for an arraignment hearing for the attempted kidnapping on Friday, October 16th.

Suspect Involved in the Attempted Kidnapping at Liberty Park Identified