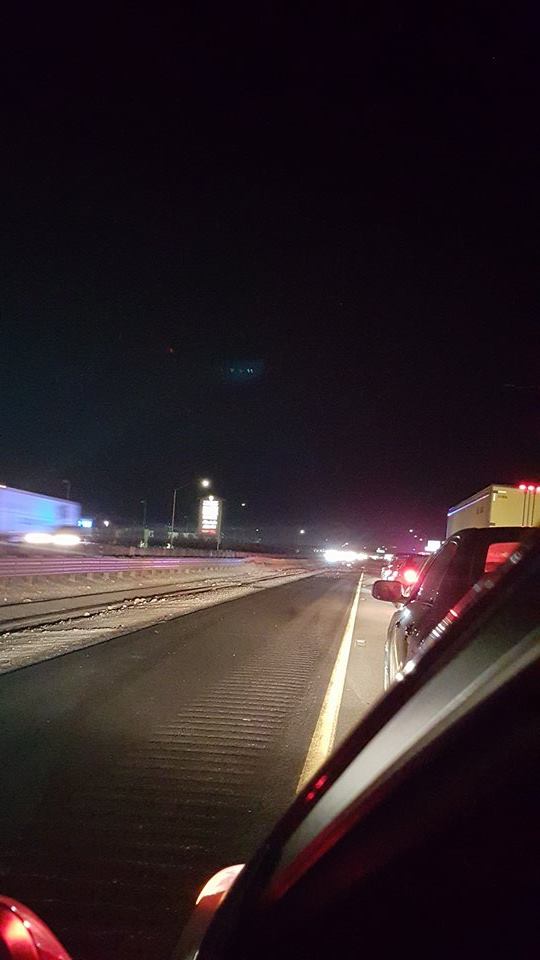 HESPERIA:(VVNG.com)- The California Highway Patrol responded to a multi vehicle traffic collision on the northbound 15 freeway near the Main Street off-ramp. The collision was reported at 11:13 P.M., on Wednesday, December 9, 2015.

The No.1, No. 2 and No.3 lanes were temporarily blocked while first responders sized up the damage and possible patient count.

Commuters traveling on the busy freeway told Victor Valley News traffic was at a complete stand still for approximately 10 minutes.

CHP logs showed that as of 11:44 P.M., all lanes had reopened and Cal-Trans would be advised about guard rail damage caused by the collision. The cause of the collision and extents of injuries is currently unknown. More information will be updated as it becomes available.