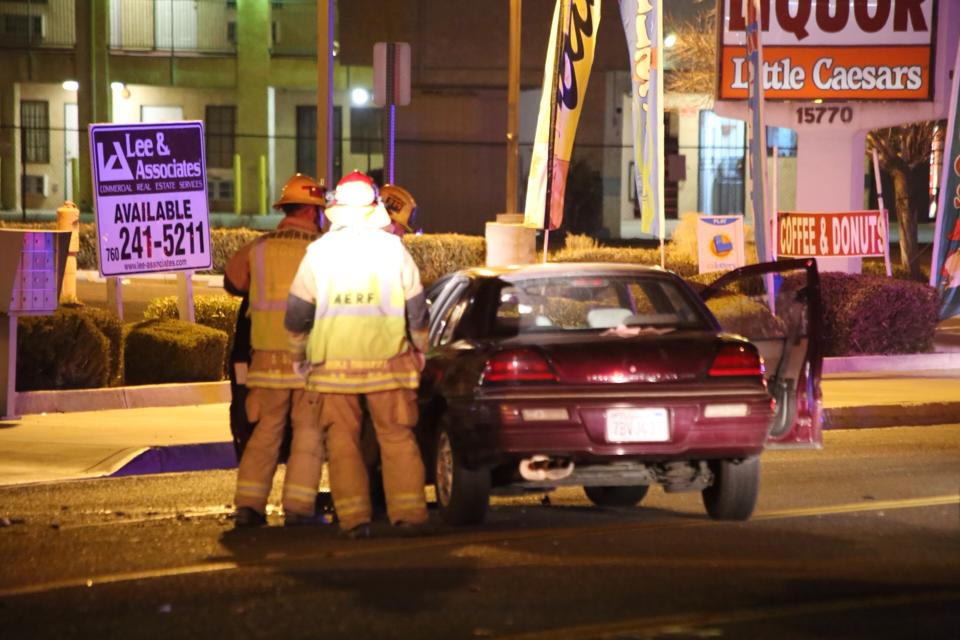 VICTORVILLE: One person is dead after a car accident in Victorville on Tuesday night. The crash happened at around 9:15 p.m., on Mojave Drive, between Village Dr. and Condor Rd.

That stretch of road remained closed for several hours while the scene was processed by the Victorville Major Accident Investigation Team. Coroners Department arrived and the incident was cleared at approximately 1:30 a.m.

Upon arrival, officers discovered two vehicles, a burgundy Pontiac Grand AM and an older model white Toyota pick up truck involved in a traffic collision. The sole occupant of the Pontiac was pronounced dead at the scene, per scanner traffic.

The deceased female has been identified as Amanda Stevens, 37, mother of four and a resident of Victorville.

VVNG member, Tabitha Stevens shared the following with the group,

“The lady that was killed was my step children’s mom. She leaves behind four wonderful kids the youngest is one.”

According to Tabitha, Amanda had just dropped off her oldest son at his place and decided to make a brief stop at the convenient store, located down the street from her house.

The male driver of the Toyota, identified as Rigoberto Hermosillo remained at the scene and fully cooperated with authorities during the investigation.

He was not injured in the crash, but was visibly distraught upon finding out by authorities the female driver was deceased.

San Bernardino Sheriff’s officers haven’t released the exact cause of the crash. More details will be updated as they are released. However drugs & alcohol do not appear to be a factor.

Anyone with information regarding the incident can contact Deputy Floyd Stone at the Victorville Station at 760-241-2911. Anyone wishing to remain anonymous can call the WeTip Hotline at 800-78-CRIME or leave information on the WeTip website at www.wetip.com.