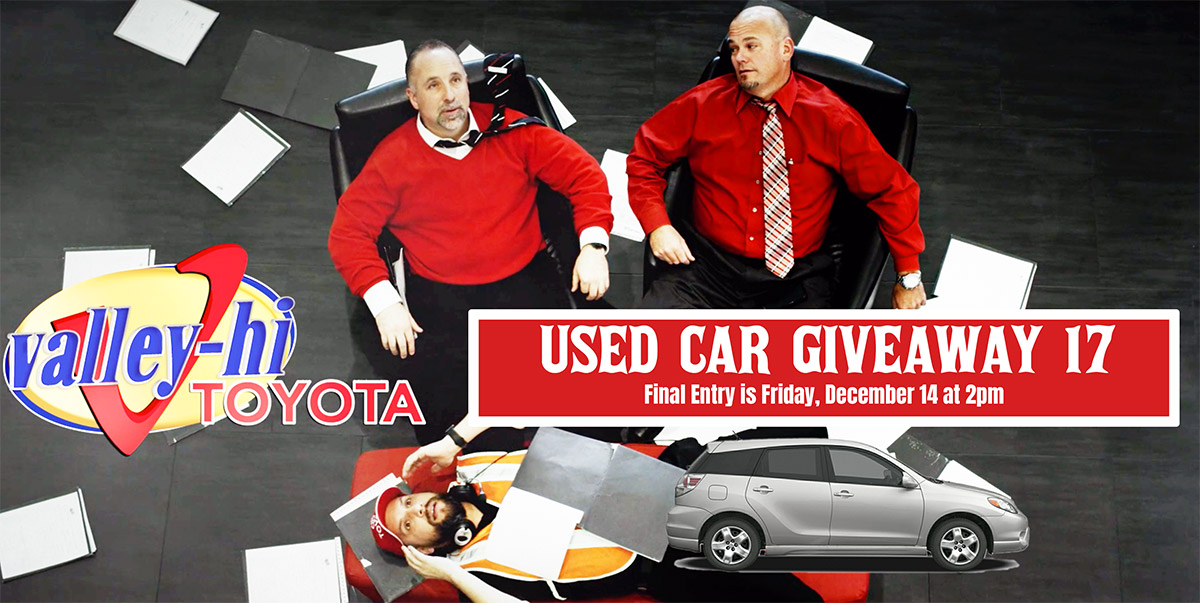 VICTORVILLE, Calif. (VVNG.com) — A total of 18 finalists await the final 7 to join them for a chance to win a Toyota Matrix from Valley Hi Toyota. Announced on Halloween, the Victorville dealership presented various opportunities for people to qualify to win such as commenting, Veterans, and a questionnaire.

“Ultimately, we wanted to make it as simple as possible for people to qualify,” said Creative Director Brian Ortega. “A post like and comment, (or multiple comments) is all it takes for the final 7 finalists to qualify.” Contestants will comment on their latest commercial, where Santa Claus orders multiple vehicles using the new Valley Hi Toyota Express Purchase Store.

“The last comment will be Friday, December 14 at 2pm, then we’ll go LIVE on Facebook to announce the randomly selected 7 for a total of 25 finalists. Then, we’ll have an announcement prior to Christmas,” continued Ortega.

The Toyota dealership typically holds Used Car Giveaways around every thousand Facebook Likes. They surpassed 18,000 which means they will immediately begin Used Car Giveaway sometime after the new year. In the meantime, you can qualify by liking Valley Hi Toyota and commenting (multiple comments are ok) HERE.