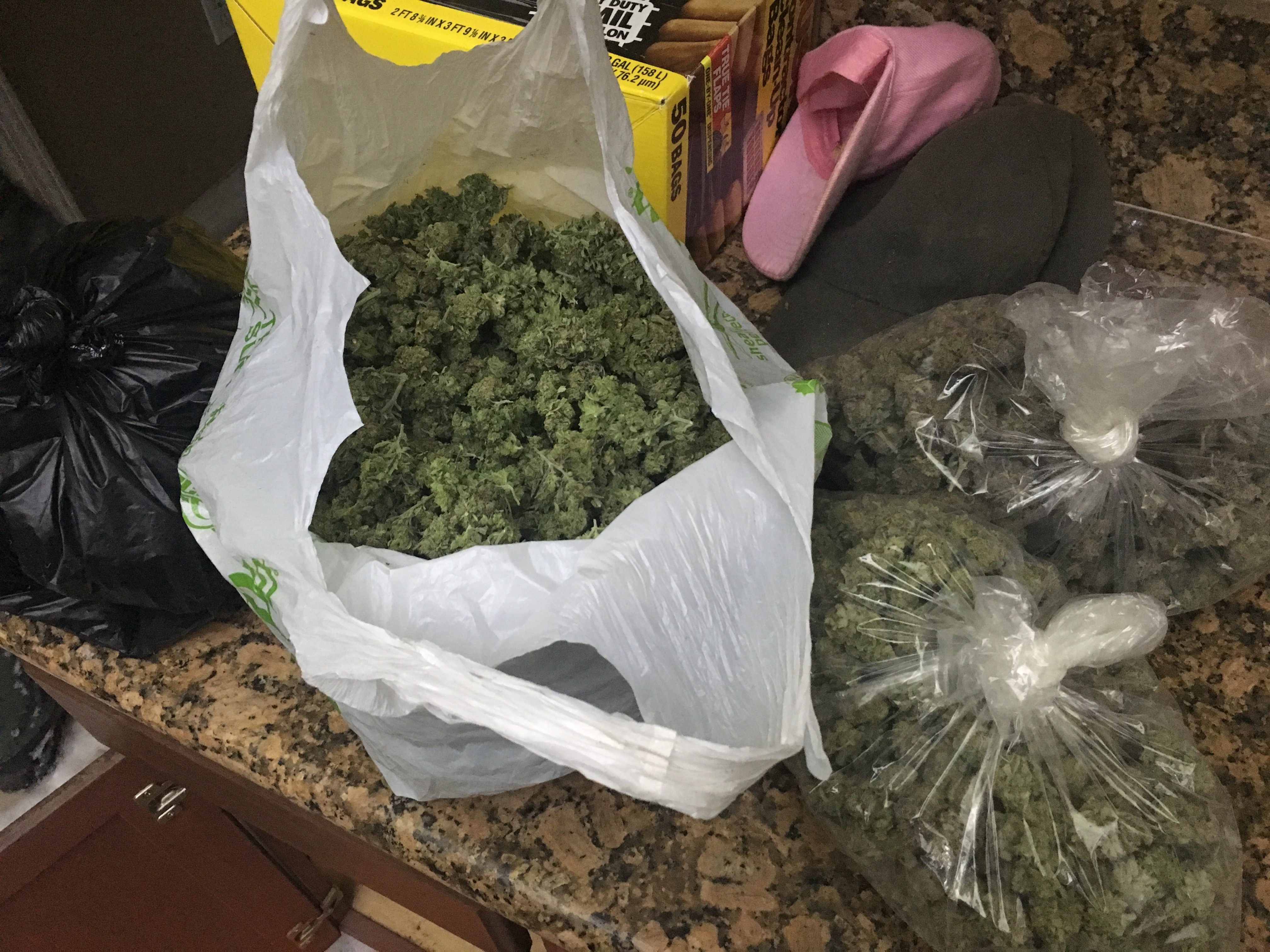 On January 17th, at approximately 1:00 am, deputies from the Hesperia Police Department responded to a residence in the 14200 block of Desert Rose Street to assist the San Bernardino County Fire Department with a fire at the residence.

The Sheriff’s Marijuana Enforcement Team responded to the location and served a search warrant. Investigators found a large-scale indoor grow inside the house. Over 1,400 marijuana plants and several pounds of processed marijuana was seized from the residence. The grow operation used advanced lighting, air conditioning, fans, exhaust blowers and an air-filtering system to control the climate inside the house as well as the odor coming from the residence. The suspects were stealing electrical power to facilitate the grow operation.

Suspects who grow marijuana illicitly will commonly bypass the electrical meter installed by the electrical company because of the high amount of electricity needed to power the growing equipment. The high usage may also alert the utility company and/or law enforcement to the illegal grow. Additionally, the suspects do not pay for the high amount of electricity being used or stolen. The extreme measures used to avoid being caught endangers the public living near the residence. As in this case, an electrical short or overloaded circuit can cause the unpermitted electrical wiring to fail and will most likely result in an explosion or fire. The potential for injuries to bystanders or property damage to other structures near the residence is extremely high.

The suspect(s) will face criminal charges of Arson, Vandalism, Utility Theft and Cultivation of Cannabis; over 6 plants. The investigation/reports will be sent to the San Bernardino County District Attorney’s Office once they are complete. 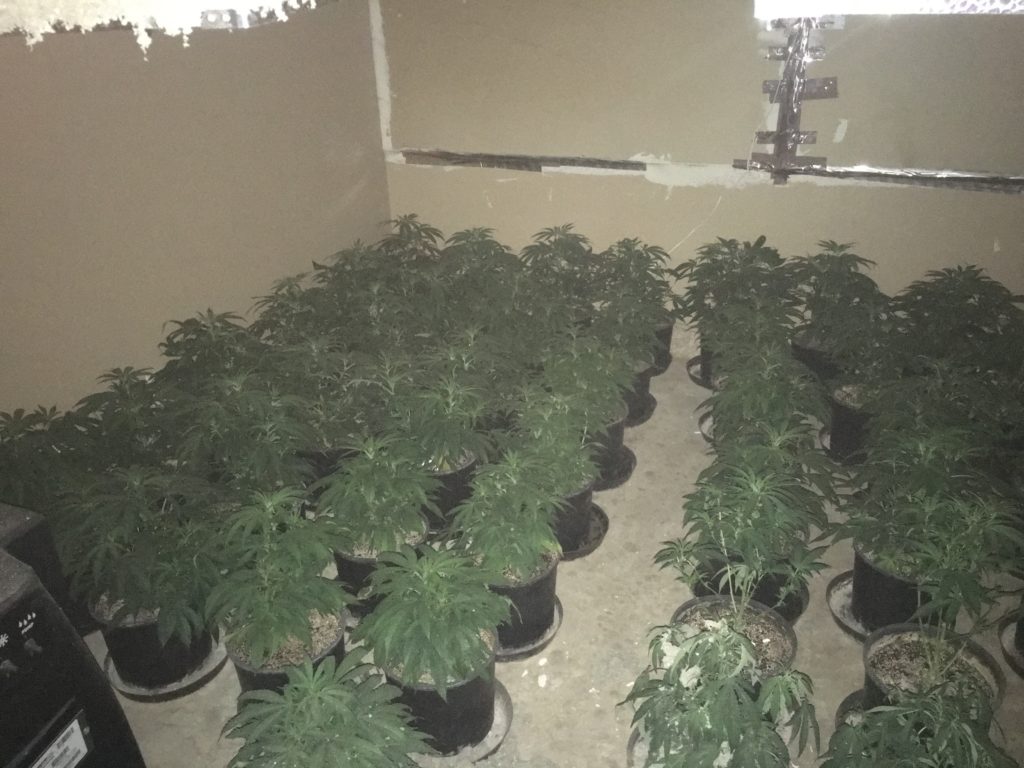 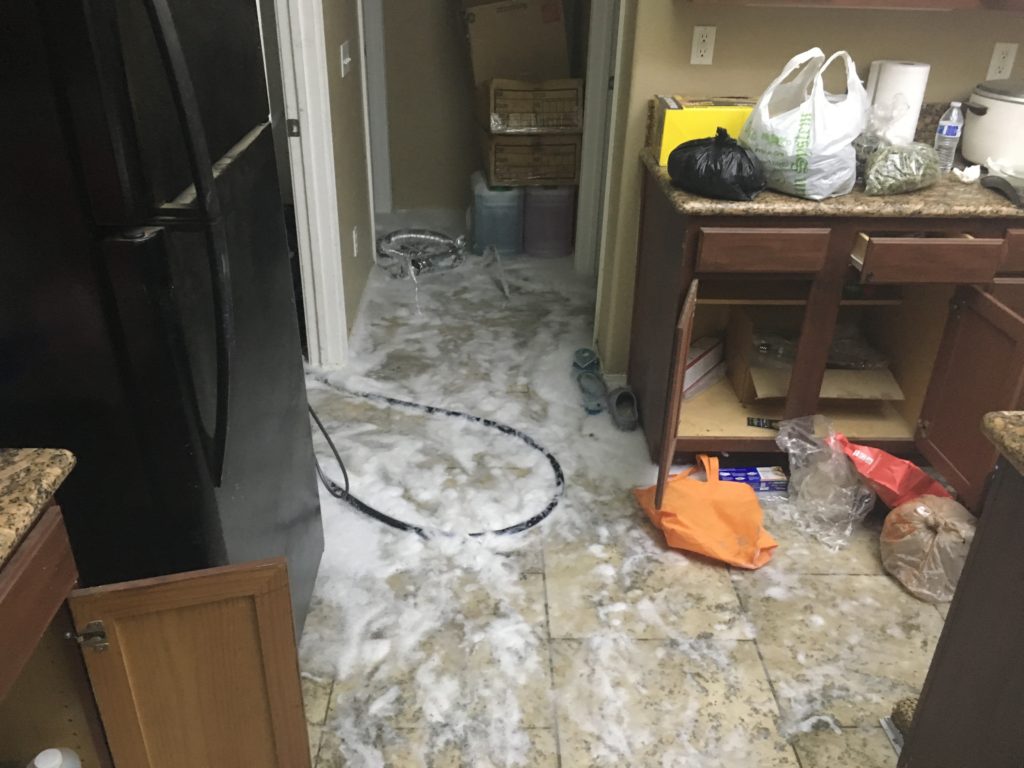