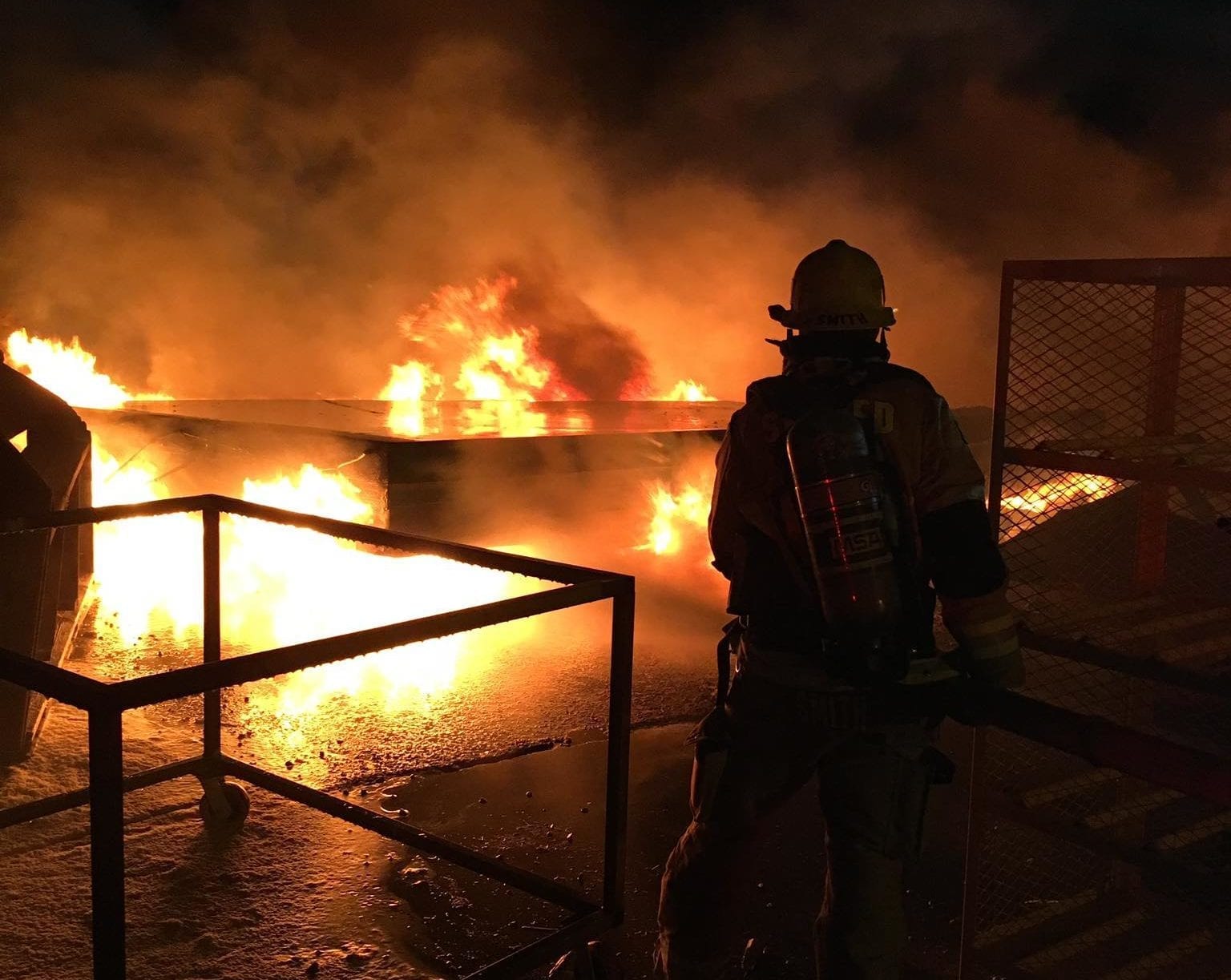 Responding firefighters reported seeing a large column of smoke from several miles out. Upon arrival, they located a large commercial concrete building that was lit up with smoke and fire showing from the rear yard.

Firefighters worked extensively to contain the exterior fire and limit the spread to any additional material and protect nearby structures.

Firefighters had the fire knocked down in 45 minutes.

“Due to the material and size of the involved area crews remained on scene late into the night to ensure the fire was fully extinguished,” stated Kern.

No injuries were reported to firefighters or civilians.

Three engines, one truck company, one chief officer, one investigator and one county fire dozer totaling 16 personnel were assigned to the incident. A county dozer was called in to assist with overhaul operations.

The fire remains under investigation by the county office of the fire marshal.