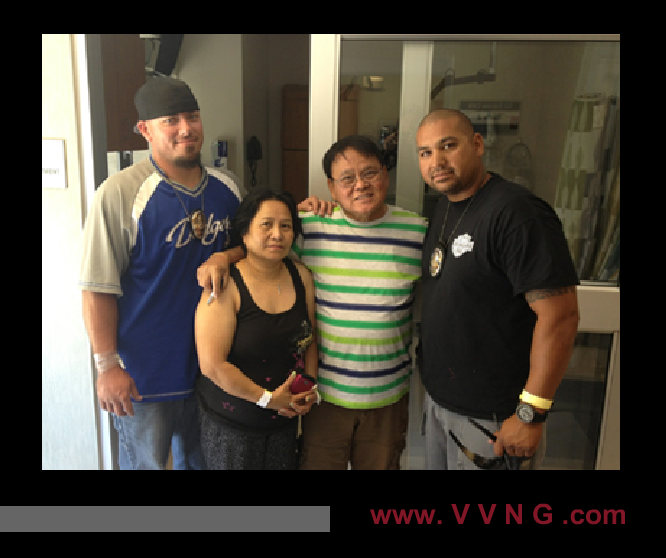 On May 28, 2014, around 12:00 p.m., Topanga Area Officers Ben Mia and Matt Stuart were in the area of the 21700 block of Roscoe Boulevard when they observed an apartment unit engulfed in flames.

The Officers realized Los Angeles Fire Department was not at scene and feared that victims might be trapped inside the apartment. As the Officers checked for possible victims through the front door, they were advised by neighbors that an occupant (husband) had gone inside to rescue his wife who was asleep in the bedroom. Both the husband and wife had not yet emerged from the burning apartment and were trapped inside.

Officers Stuart and Mia reacted quickly and rushed inside and found the husband disoriented in the living room. Officers escorted the husband out and learned that the wife was still trapped in the back bedroom. Officers returned to the engulfed apartment and crawl on their hands and knees through the smoke and flames to reach the wife. Officers were able to locate the wife who was overcome by the smoke and trapped in the bedroom.

Both officers were transported to a local hospital where they were also treated for smoke inhalation and later released.

Officers Mia and Stuart are to be commended for their heroic actions while upholding the proud traditions of the Los Angeles Police Department.